Should Faith Healing Be Protected? May 12, 2011 Guest Contributor

Should Faith Healing Be Protected?

I don’t really understand how the acceptance of GLBT people can be such a controversial position in the Christian world. It seems like such an obvious answer to me — of course, gay people should be allowed to get married. Of course, gay people should have the same rights as straight people. Leave it to religion to make a “debate” out of something so obvious to everyone else.

It happened again just a few weeks ago, when Christians were taking sides on the existence and nature of Hell, after Christian pastor Rob Bell suggested in his new book that Hell might not exist (though he later admitted to believing in its existence). Think about that for a moment: they were arguing over the nature of a place that has no proof of even existing. Silly, right?

And I don’t even need to mention how they’ve turned the scientific fact of evolution into “just a theory.”

But I’m shocked at the latest “discussion starter” at Christianity Today.

First, some background: You may remember how 16-year-old Neil Beagley died from inflammation of his urethra after his parents Jeff and Marci Beagley decided not to take him in for treatment. They just prayed for him to get better…

You may also remember how 15-month-old Ava Worthington died from pneumonia after her parents Carl and Raylene Worthington decided their god would fix all the problems. He didn’t. The parents later admitted they “didn’t believe in doctors.”

These children died unnecessarily because their parents believed in faith-healing, a scam that has never worked before and which we shouldn’t expect would work now.

And don’t forget 8-month-old Alayna May Wyland, whose eye looked like this at one point: 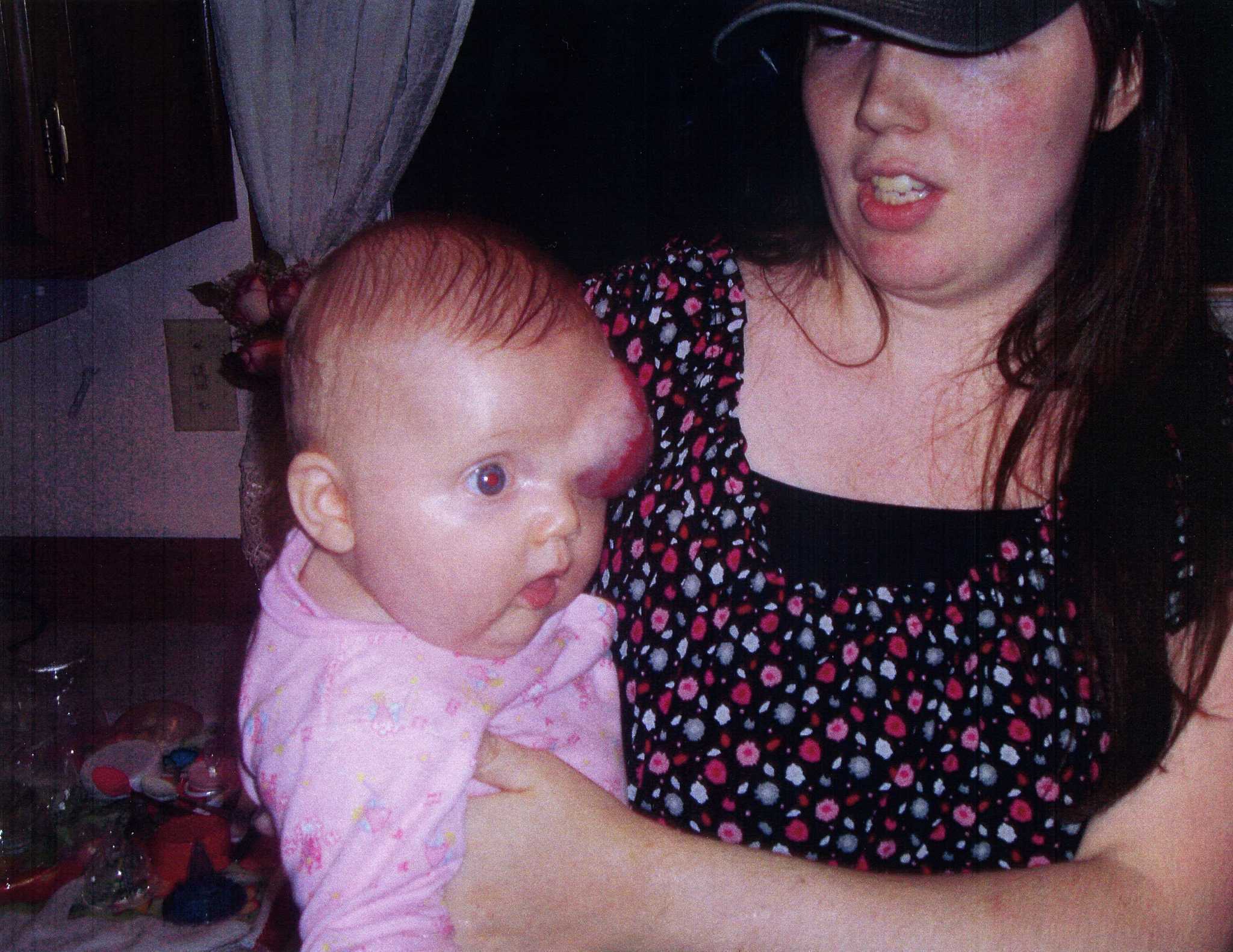 She’s not dead, but realize the problem could have been fixed had her parents taken her to a doctor. They didn’t. They just prayed.

If you want one more heartbreaking story, just read Liz Heywood‘s ordeal growing up with parents who were Christian Science practitioners.

A couple months ago, the Oregon state legislature rightfully did away with the “faith-healing” exemption in the law. If parents killed their kids out of medical neglect because they believed God would fix their kids’ conditions, they would be prosecuted for it.

Which brings us to Christianity Today, where they actually asked the question: “Should Faith Healing be Legally Protected?”

As if that question needs to be asked! As if the answer isn’t already a resounding, “HELL, NO!” They’re debating whether it should be ok to commit faith-based homicide when known cures for kids’ ailments are available!

Who would argue against that?! Only people who believe it’s all a slippery slope to prosecute parents for taking their children to church…

What if they say, ‘We have to look out for this child and it’s wrong to take them to church’? The government is already on slippery ground — confused and conflicted ground within itself — because we have a bizarre paradox: the government says we won’t protect the parents believing for the healing of the child when it dies, but we will protect the mother who kills the unborn deliberately.”

That’s a ridiculous argument. No one’s prosecuting parents for taking their kids to church. And why is it always religious people who wrongly equate a child who’s alive but suffering with an unborn block of cells? The same people who call a mother a “killer” for having an abortion… but want to protect parents who refuse to take their dying children to a medical professional.

“These laws could be used as a club by anti-religious zealots and be open to misinterpretation. Religious people pray for healing often. What if parents prayed for healing and didn’t realize the child was seriously ill and needed immediate medical attention? How will delay in medical treatment due to the parents’ faith or prayers be interpreted? Will parents be liable? It is wiser to deal with these issues on a case-by-case basis versus a blanket law that could be over-interpreted to the detriment of religious freedom.”

He just ignores the fact that all the parents we’re talking about in the aforementioned cases knew the severity of their child’s illness. I have sympathy for parents who honestly didn’t know their child was sick, but none whatsoever for parents who knew about the problem and chose not to do the right thing.

Stanley Carlson-Thies, president of International Religious Freedom Alliance, thinks this is just another example of government overstepping its bounds:

If a child is involved, unable to make his or her own decision, the case for the government to step in is stronger. But there is every reason to be wary, given that our governments are increasingly less respectful of religious freedom — less inclined to respect homeschooling, the nurse who objects to abortions, Bible studies in homes, and adoption agencies that insist on placing children with mother-father families.”

I’m aware that doctors can’t fix all the problems we’re talking about. But they’re the people who have the best shot at protecting the child and the kids deserve to be treated by someone who has legitimate knowledge of how to cure them.

Leaving them in the hands of these irresponsible parents at the time they’re most vulnerable? That’s frightening.

No one’s asking for a witch hunt against religious parents. But if kids die because their parents willfully chose to pray for them in lieu of taking them to a doctor, the parents should be punished for their poor judgment.

May 12, 2011
Ask Richard: Atheist is Asked to Be a Godparent
Next Post