These Are The ‘Progressive’ Christians?! May 10, 2011 Guest Contributor

These Are The ‘Progressive’ Christians?!

It seems like every time the media wants a rebuttal to an anti-gay conservative Christian, they go to Jim Wallis, a “progressive” Christian and founder of Sojourners (“Christians for Justice and Peace”).

I always hear him referred to as a “voice of reason” from that side of the aisle, the Christian that deserves more attention than the hate-mongerers. So you would think he’d get right on board with a new ad campaign from Believe Out Loud, a group that “promotes LGBT-inclusion in the Christian church.”

I actually think the ads are pretty awesome. Here’s a sampling: 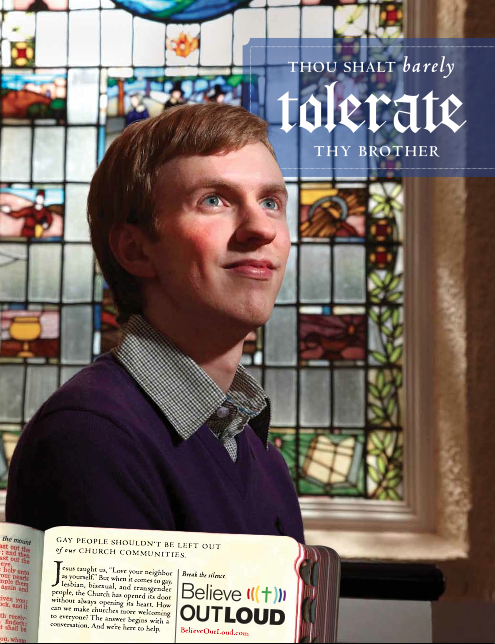 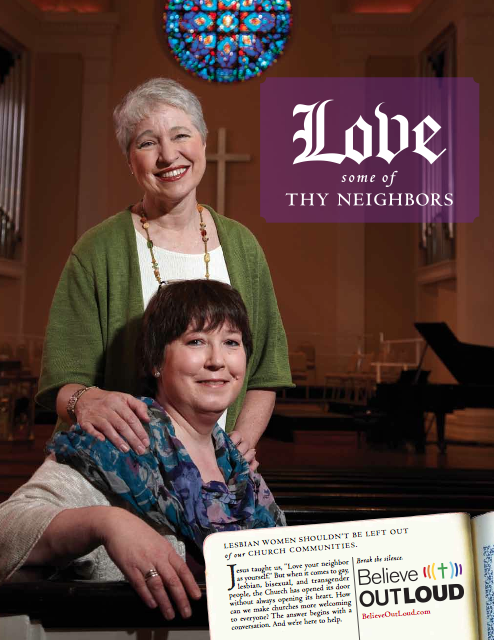 And then there’s this video:

So when the group wanted to purchase advertising space for the video and posters on Sojourners‘ website and the group’s email newsletters, what did Jim Wallis’ organization have to say?

“I’m afraid we’ll have to decline. Sojourners position is to avoid taking sides on this issue. In that care [sic], the decision to accept advertising may give the appearance of taking sides.”

Makes sense… You wouldn’t want people to think Christians are tolerant of homosexuality.

I called the folks at Sojourners and asked what the problem was, what the “sides” in question might be. The first response was that Sojourners has not taken a stance on gay marriage (the ad is not about gay marriage); or on ordination of homosexuals (the ad is about welcome, not ordination); that the decision, made by “the folks in executive” (why such a high level decision?) was made quickly because of the Mother’s Day deadline. The rationale kept shifting. The reasoning made no sense.

I know, I know, Christian reasoning making no sense? Shocking.

Wallis responded with this:

Given the time Sojourners is now spending on critical issues like the imperative of a moral budget, the urgent need to end the war in Afghanistan, and the leadership we are offering on commitments like immigration reform, we chose not to become involved in the controversy that such a major ad campaign could entail, and the time it could require of us. Instead, we have taken this opportunity to affirm our commitment to civil rights for gay and lesbian people, and to the call of churches to be loving and welcoming to all people, and promote good and healthy dialogue.

It’s a cop-out. There’s nothing “controversial” about the ad — if anything, by publishing them, you’re making the issue less controversial. Who knew promoting tolerance and inclusivity was such a timesuck from the rest of their mission…

At least the commenters on his site are letting him have it.

If this is the best “Progressive Christianity” has to offer, then I don’t see why GLBT people are making any effort to join a church. They’re better off without them and there are plenty of Humanist communities that would welcome them with open arms.

May 10, 2011 ‘It’s Amazing How Many of the Clergy Are Involved in Those Lies’
Browse Our Archives
What Are Your Thoughts?leave a comment