The Freedom From Religion Foundation has put up a billboard in Wenatchee, Washington that seems perfect for this time of year: 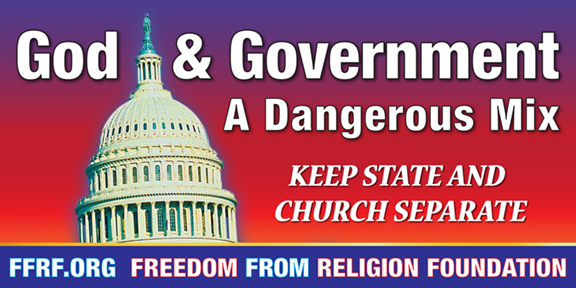 The billboard, “God & Government — A Dangerous Mix: Keep State & Church Separate,” was posted in time to counter the National Day of Prayer today. Congress sets aside the first Thursday in May and requires an annual presidential proclamation exhorting citizens to “turn to God in prayer.”

“This billboard conveys a message that there are folks among us who have an appreciation for our Constitution and Bill of Rights beyond such specific concerns as protecting the Second Amendment, or the claim that the document somehow dictates that marriage can only be between a man and a woman,” said Kate Humrich, a local RN and spokesperson for NCW Freethinkers of Wenatchee. “We further wish to dispel the notion that Christianity has somehow been the basis of thought upon which our Constitution was founded, or that the Constitution somehow endorses Christianity, or indeed, any religion in particular.”

I don’t think anyone’s gonna be upset about this one, right…? 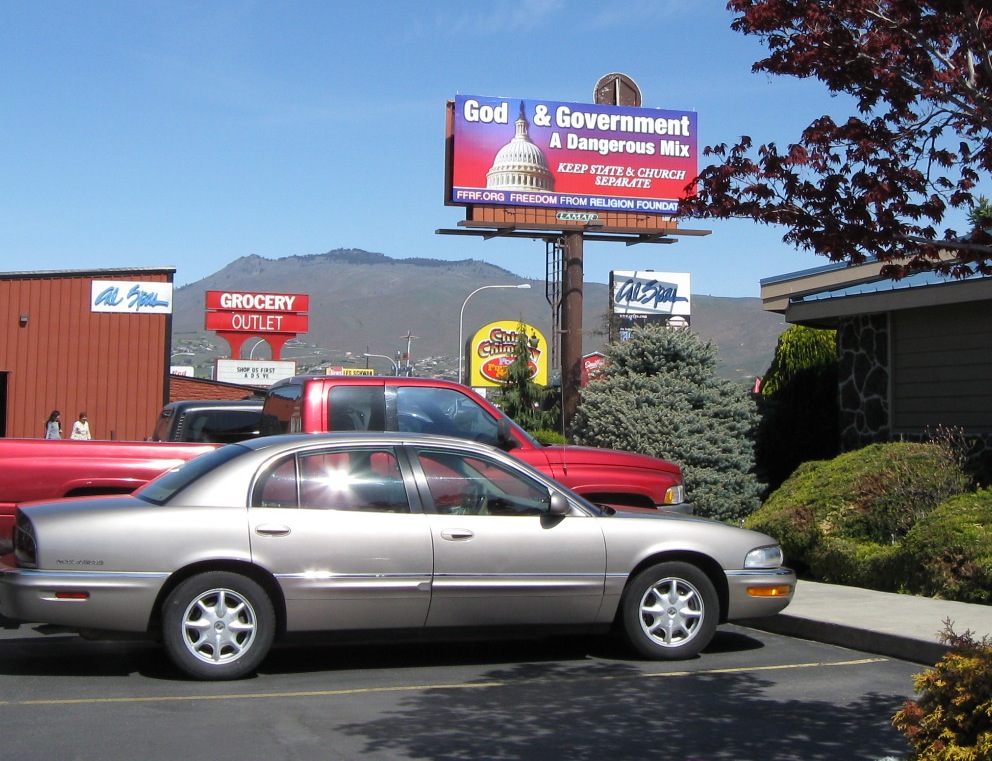 May 6, 2011
Atheist Billboard in Fresno Vandalized After Only Three Days
Next Post

May 7, 2011 This Has Been Bothering Me All Week…
Browse Our Archives
What Are Your Thoughts?leave a comment