Support (Finally!) for Gays at the “Harvard” of Christian Colleges April 29, 2011 mike clawson

Support (Finally!) for Gays at the “Harvard” of Christian Colleges 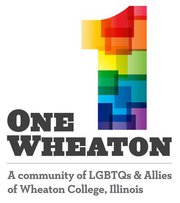 Some of you may have noticed a week or so ago when the New York Times ran a front page article on the numerous LGBTQ student groups popping up on conservative Christian college campuses all over the country. The article especially focused on the institution where I am currently studying, Baylor University, which has such a group on campus but has yet to give official sanction to it. Sadly missing from the article, however, was any mention of my undergraduate alma mater, Wheaton College (IL) – which likes to somewhat arrogantly refer to itself as “the Harvard of Christian colleges” because of its academically rigorous reputation (though I’m pretty sure Harvard is not referring to itself as “the Wheaton of secular colleges”). Despite the fact that the reporter interviewed at least one gay Wheaton alumna while researching the article, Wheaton didn’t have any specific LGBTQ support groups among students or alumni that the article could point to.

This morning, at 11am Central Time, representatives from the newly formed OneWheaton, a community of LGBTQs and allies from Wheaton College (alums and students) distributed the following letter outside of Wheaton’s mandatory chapel service, as well leaving copies of the letter at other various spots around campus (just to make sure no one would miss it):

The recent chapel message on Sexuality and Wholeness and surrounding conversations may have left some of you feeling alienated, ashamed and afraid. It can be difficult to see the danger of messages about sexuality that emphasize “God’s compassion for the broken,” but as a group of LGBTQ Wheaton alumni and allies, we’ve seen the devastating effects these words have had on ourselves and our loved ones. Many of us felt trapped and unable to respond honestly to these messages while we were students. We feared rejection from our friends and our college. We know many of you may fear the same and feel alone or depressed.

If you are a student and this is part of your story, your sexual identity is not a tragic sign of the sinful nature of the world. You are not tragic. Your desire for companionship, intimacy and love is not shameful. It is to be affirmed and celebrated just as you are to be affirmed and celebrated. In our post-Wheaton lives, we have traversed the contradictions we once thought irreconcilable. Our sexuality has become an integral part of our broader pursuit of justice, compassion and love. We can no longer allow ourselves or our loved ones to be trapped in environments that perpetuate self-hatred, depression, and alienation. As people of integrity we must affirm the full humanity and dignity of every human being regardless of their sexual orientation or gender identity.

To the broader Wheaton community: remember that there are students who feel they need to hide. We remember how messages and conversations surrounding the “issue of homosexuality” often exacerbated our feelings of isolation, particularly when talk about “compassion” often felt like pity at best, or at worst intolerance cloaked in language of love. Speak against blatant and passive language and actions that dehumanize and marginalize your brothers and sisters. Ask questions. Encourage dialogue. Most of all, listen. Your friends need your support and love. As awkward as the process may be for you, it is guaranteed to be more deeply and constantly difficult for your friends.

For those of you feeling alienated, it gets better. After Wheaton our lives became stories of liberation. Some of us are in relationships and some of us are single. Yet none of us are alone. We have built communities that accept us and do not fear our LGBTQ-ness. You will find a community that, rather than alluding to acceptance contingent on celibacy, welcomes and loves you. It may come as a surprise, but these people will likely include your closest friends from Wheaton you might hide from right now. Never give up hope.

In the meantime we encourage you to reach out from your isolation. We have emerged from the closet to come forward as a quirky, beautiful, and diverse community that is excited to meet you. If you would like to talk to one of us, email one@onewheaton.com or visit www.onewheaton.com for some resources we have found helpful in our own journeys. And always, always remember that though you may feel isolated right now, we are witness to the fact that you are not alone in this experience.

It was followed by the signatures of Update: now several hundred LGBTQ Alumni and Straight Allies (myself and my wife included). The distribution of the letter was also followed by the launch of both the website and a Facebook page, and a twitter hashtag #onewheaton (we even got a supportive tweet from actor Wil Wheaton 🙂 ), where supporters can find out more.

As a former conservative Christian who actually became much more progressive and open minded about my faith during my time at Wheaton (despite the best efforts of its administration), I am thrilled by the efforts of my fellow alumni and proud to be a small part of this effort. It also reminds my why I bother to still keep a foot in that evangelical world rather than simply washing my hands of the bigotry often found in those circles. Despite all the ugly and unjust things that are perpetrated in the name of Jesus by many conservative Christians (things that anger and disgust me as a follower of Christ just as much as they anger and disgust my atheist friends), I continue to hold out hope that change is possible. In my past thirty years as an evangelical (and now post-evangelical), I have seen a real and positive shift in attitudes on a whole range of important social issues among that particular tribe of Christians, including the “gay” issue. It’s not just Hell that some Christians are rethinking (though it’s interesting to note that Rob Bell is a Wheaton grad too.) Attitudes towards gays and lesbians (and other sexual minorities) have also been opening up significantly among evangelicals in recent years. Progress is slow (as usual) but it is real. Or as Dr. King said, “The arc of the moral universe is long, but it bends towards justice.”

That’s why, as much as I’d personally like to put Wheaton in my rear view mirror and never look back, I can’t absolve myself of the responsibility to work for change when and where it seems possible. My hope (and yes, as a Christian, my prayer) is that these efforts will begin both to shift attitudes and maybe even eventually official policy at my alma mater. At the very least, it has already succeeded in letting current LGBTQ students there know that they are not alone, they are not broken, and that life can get better for them after Wheaton.