Going After Teachers Who Have Side Jobs April 28, 2011 Guest Contributor

Going After Teachers Who Have Side Jobs

As someone who teaches high school math during the day and writes about religion at night, and as someone who has been a target of a conservative Christian group, I have a soft spot for other educators who pursue their other interests outside of work.

Parents said Judy Buranich has been an English teacher at Midd West High School for nearly 25 years, but recently they found out she is a published author and writes under the pen name Judy Mays.

“Now my son knows so how is he thinking when he’s sitting in her class knowing what she does on the side,” Apple said…

Parent Deanna Stepp said the evidence is clear. “She is teaching children that are under the age of 18 and definitely the books that she is writing are adult books. I think she needs to make a decision as to what she wants to do. Either be a school teacher or author,” Stepp said.

Goddammit. I’ve never wanted to scream the words “SHUT THE FUCK UP” more than I want to right now.

Wendy Apple and Deanna Stepp have no idea what they’re talking about. They exist in some bizarro world where teachers have no lives outside the classroom.

It isn’t just a couple of oblivious parents, though. Some students are equally ignorant:

“I was shocked. If you are a teacher you shouldn’t be doing that,” said former student Shanette Apple.

“I was sort of shocked. Sitting in her class I had no idea. She is a good teacher but I had no idea what was going on behind the scenes,” said former student Drew Hollenbach.

It doesn’t fucking matter. That sentence needed to start and end with “She is a good teacher.”

Teachers have a right to do whatever they damn well please when they are outside of work. I don’t care if parents or students find out about it — that’s irrelevant information that should have no bearing on her job security.

(Can you tell how pissed off I am about this?)

Let’s go over the facts:

She didn’t break any school rules. She didn’t do anything wrong. But she’s being treated like a criminal: 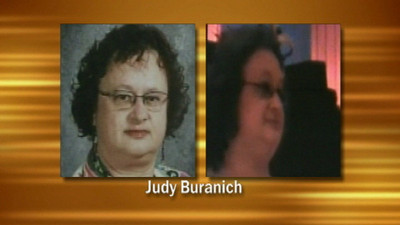 The question now is whether or not she’ll be able to keep her job. If her administration has any sense and courage, here’s the statement they ought to make:

There has been a lot of coverage about English teacher Mrs. Buranich this past week, regarding work she does outside of the classroom.

We understand that some members of our community may be upset. However, what our faculty members do outside of work is their own personal business.

Whether they write novels some may deem offensive, hold a religious belief others may find blasphemous, or volunteer with a political party whose views people may find appalling, we have no right to intrude on our teachers’ private lives.

Mrs. Buranich has a stellar record, educating thousands of students over the past 25 years. We support what she does in the classroom and we’re proud to call her a colleague.

Teachers have personal lives, too. (Shocking, I know.)

Just because a handful of students and parents decide to make a big deal over something that’s none of their business doesn’t mean Buranich’s superiors have to go along with it.

What can you do about this? You can go to the Facebook page supporting her. You can buy some of her books. Or you can write supportive emails to the administration:

Meanwhile, I hope Buranich keeps writing since that’s something she clearly enjoys doing.

It looks like Buranich has support from many people in the community:

“She’s one of the best teachers in the district in my opinion and she has been writing for 20 something years. I don’t see why its an issue now,” said Baker.

Trisha Bingaman said her children also had Buranich as a teacher, and she supports her.

“I think anything any author writes is their right to write. She is a highly published author and obviously there’s people out there that are interested in her books. I can’t wait to go buy one myself,” said Bingaman.

Still no word on whether or not she’ll get to keep her job, but I love seeing the outpouring of support.

(Thanks to Wanda for the link)

April 28, 2011
Videos from the Global Atheist Convention
Next Post