The Reason Rally is a Year Away… April 22, 2011 Guest Contributor

The Reason Rally is a Year Away…

I’m so glad this is finally public news. David Silverman, president of American Atheists, announced it at the group’s Convention in Des Moines this morning.

For over a year now, a group of atheists representing many different national organizations have been working to put together a rally in Washington D.C. for atheists. (I was representing the Secular Student Alliance for a while, though I stepped out of that position a while ago.) 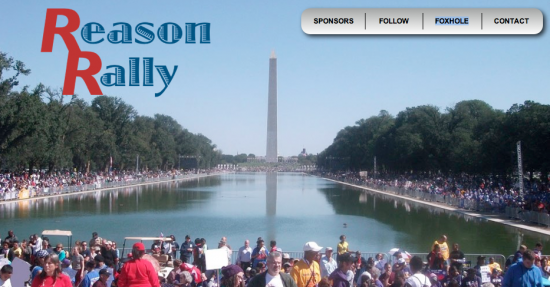 We wanted to do this well before we heard about the Jon Stewart/Stephen Colbert “Rally to Restore Sanity” — and I went to DC for that event, too — but I don’t think that will ruin the excitement and attendance of this rally.

For those of you who are new to the movement, atheists have done something like this before. In November of 2002, there was the Godless Americans March on Washington. At the time, it may have been the largest ever gathering of atheists in one place. But keep in mind: That was before any of the “New Atheist” books became bestsellers, before the billboards went up, and before atheism really exploded in popularity.

I suspect the 2012 Reason Rally will blow the 2002 numbers out of the water. We’re still working to find an exact date, but the plan is to have it in the spring — almost 10 years after the GAMOW event and right in the midst of the 2012 election season.

You think the publicity atheists have received for our billboards has been incredible? Just wait till tens (hundreds?) of thousands of us are marching in Washington.