When Pastor Terry Jones burned a Koran and the ensuing violence was blamed on him, I wrote this at the Washington Post On Faith blog:

As despicable as he may be, Jones didn’t do anything wrong — he certainly didn’t do anything illegal. He burned a book, but he has a right to do that. He may hate the Koran, Islam, and Muslims as a whole, but I have yet to hear him advocating violence against that community. He didn’t cause the recent violence in Afghanistan that transpired after his burning — instead, the blame rests on three mullahs and President Hamid Karzai for fueling that fight by bringing unnecessary attention to Jones’ event.

I bring that up because comedian Bill Maher was interviewed in the latest issue of Rolling Stone (the full piece is now available online) and he tackled the same issue. 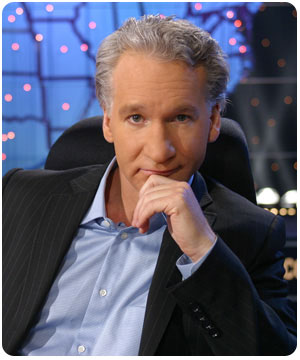 His analogy may be the best take I’ve heard on the topic so far:

Yes, it was a stupid thing to burn the Koran, but guess what? The lion’s share of the guilt should be laid on people who then kill over it. It’s like a violent, drunken father. When his kid sets him off and he beats the shit out of the kid, do you blame the kid for setting him off? No, you blame the father for being a violent drunk.

It’s amazing how badly we want to punish the “kid” for something that ought to be a non-issue.