It’s Like a Double Rainbow of Atheism April 3, 2011 Guest Contributor 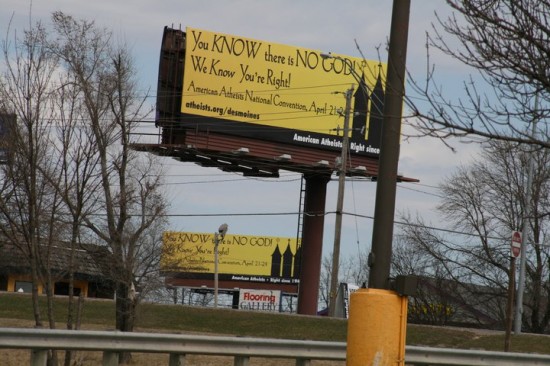 Alright, go ahead and make comments on how ugly you think the billboards are.

(Forget the fact that it’s pretty damn incredible to see even one billboard reaching out to closeted atheists, much less two of them at once.)

By the way, it’s not too late to register for the American Atheists convention in Des Moines taking place April 21th-24th.

(via Dave Silverman — I paraphrased one of the commenters for the title of this post.)

April 3, 2011
A New Atheist License Plate in Texas
Next Post