The American Humanist Association is promoting its conference (taking place next weekend) with print ads (PDF) and a billboard featuring Richard Dawkins: 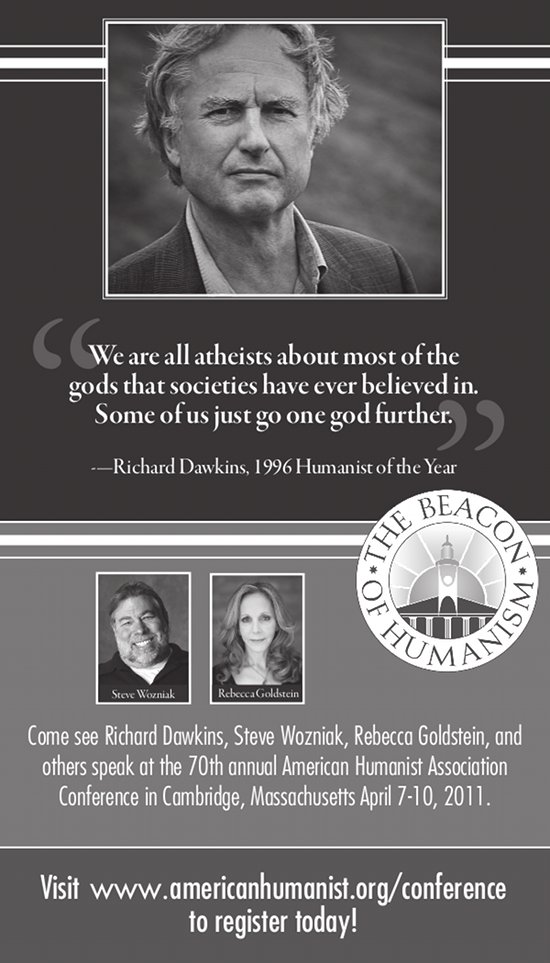 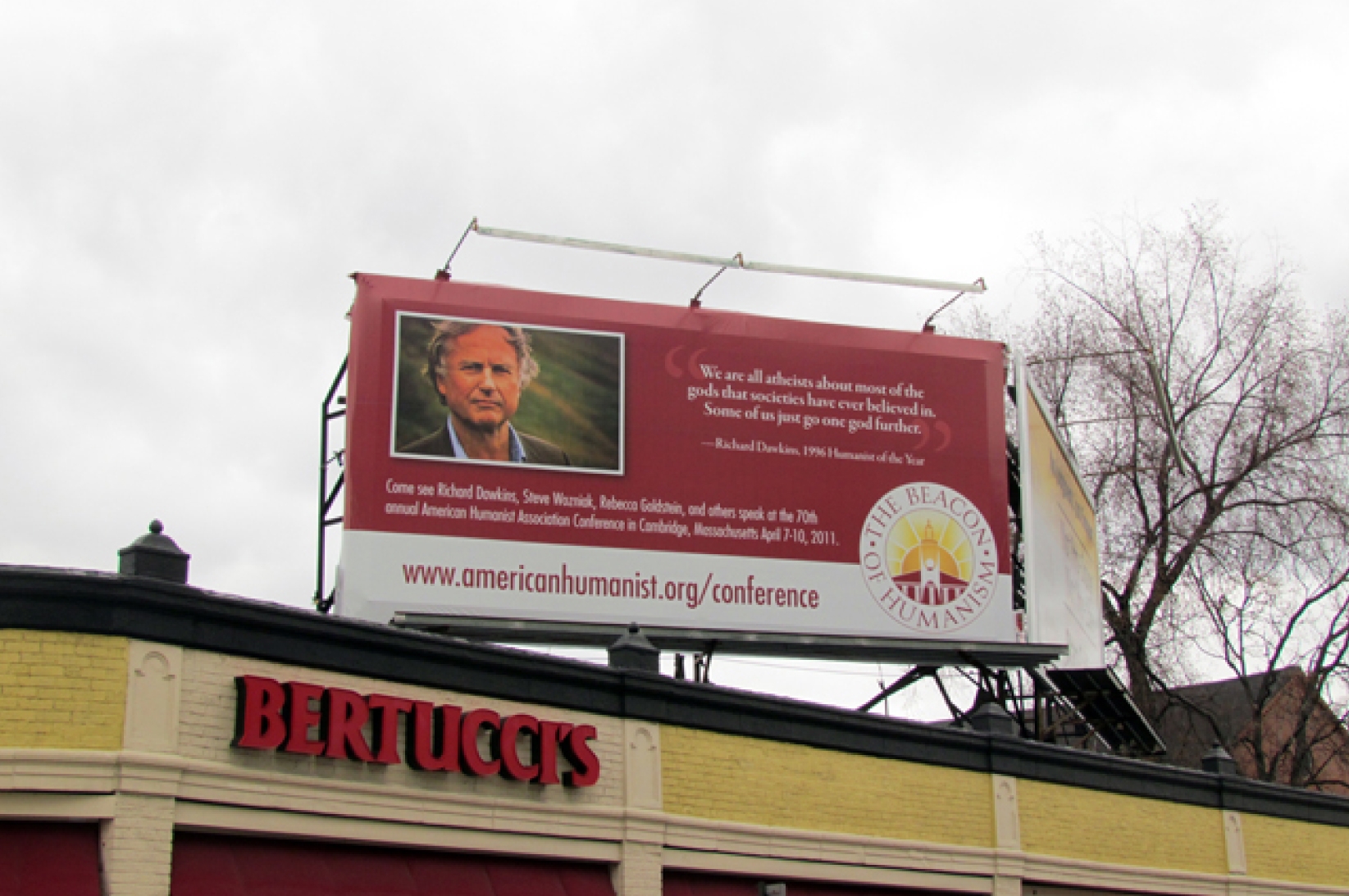 As far as a billboard goes, it doesn’t do much for me. Too many words… and not a great accompanying picture.

Hell, it looks like Richard Dawkins walked out of a windstorm into the path of the sun.

Compare that to the American Atheists’ conference-promoting billboard — which is a designer’s nightmare (according to most of you), but far more controversial, much simpler in its wording, and catches your eye in an instant:

I know a lot of you hate that message for a whole variety of reasons, but my point is that only one of these really grabs your attention.

There’s an art to picking a billboard design that works — whether that means just getting publicity or really getting your message across.

And that’s really surprising when you consider some of the billboards AHA has sponsored which were controversial in a positive way:

They know how to make successful ads. The Dawkins billboard just isn’t one of them.

In their defense, the billboard is located near Harvard Square, where there’s probably more foot traffic than driving traffic. So there may be more time to read the print. And the fact that Dawkins is featured on it at all may be enough to generate publicity, but that has yet to be seen.

If you’re in Boston next weekend, you’d be crazy not to attend this. (Student registration for the whole conference is only $49.)