This Must Be What They Teach At Creationism School March 30, 2011 Guest Contributor

This Must Be What They Teach At Creationism School

Of course, we know the two situations are completely different.

Snakes don’t talk. Neither do amoebas. We do, now, after billions of years of evolutionary progress. You’re crazy if you think a snake actually existed and actually spoke to an actual Adam and an actual Eve.

Several commenters point this out to the author of the post, C Michael Patton. Let me direct you to one commenter in particular, Sean R Reid:

Then, Patton responds to Reid (and others) and Reid writes back: 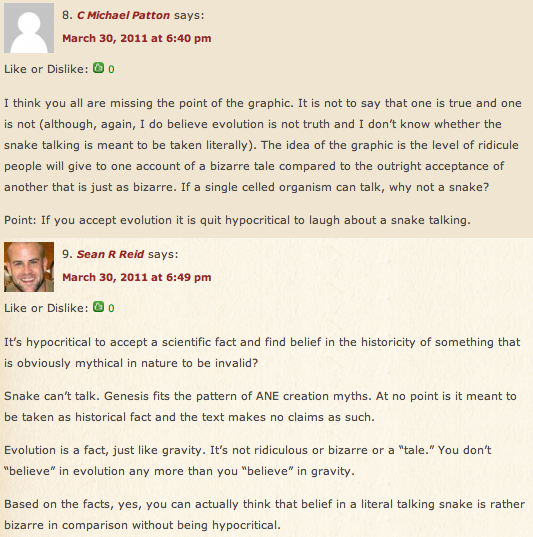 Umm… a single-celled organism *doesn’t* talk. Not like humans do. 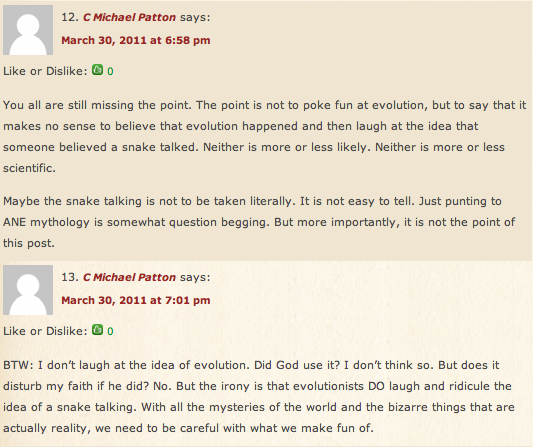 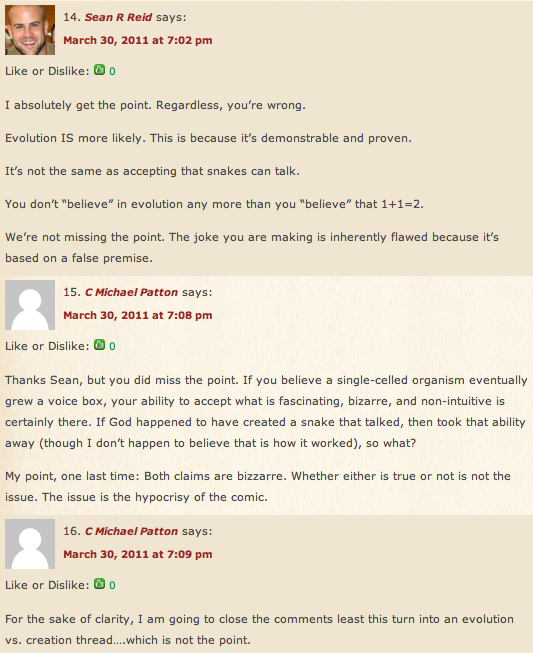 Got it? You can’t make this about evolution and creation because that’s *so* not what the comic was about. Even though the reason it makes no sense has everything to do with how evolution works.

It’s easy to believe in nonsense when you refuse to listen to voices of reason.