That Office Better be Glowing

It’s bad enough that some politicians waste taxpayer money on pet projects… but you won’t believe what Coun. Michael Thompson did in his first act in office:

Toronto city hall watchers are raising questions after Coun. Michael Thompson paid a pastor $300 of taxpayers’ money to have his office blessed.

The blessing of Thompson’s office took place on Dec. 7 — the day all new council members were inaugurated…

So instead of getting down to business and just working hard — you know, producing tangible results — Thompson threw cash at a useless, unnecessary superstition. 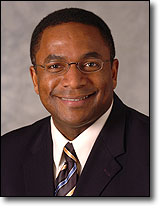 Which makes this line in his official bio all the more hilarious:

Michael is a leader who knows how to get things done at City Hall.

Right… more like he knows how to delude himself into thinking he’s done something.

He even had the audacity to try and defend himself:

“We all need the extra help,” Thompson told the Sun before the ceremony.

“I always seek guidance and assistance, I don’t go to church everyday or anything, but I’m a religious guy and so I think that it is important to have God’s hand at my back or my right-hand side or my left, guiding me to make some of the decisions that we make.”

Hey, readers in Toronto, do you feel the impact of the blessing? Has it helped you?

If Thompson is the best guy voters in Toronto can find for the job, I really want to know who lost. Someone whose platform was to have Jesus descend upon Canada to fix everything?

It must be good to be Rev. Dr. Tai Adeboboye,, getting paid hundreds of dollars for doing absolutely nothing.

March 18, 2011
Is Eating Meat Compatible with Humanism?
Next Post