The Lake Superior Freethinkers in Duluth, Minnesota just put up an atheist billboard!

The billboard, which costs $800 for one month, was sponsored by the United Coalition of Reason — as have all the other billboards with this particular image/slogan.

Reaching out to the like minded isn’t the only goal of the effort: “We want people to know you can be good without God,” said Bill van Druten, founder of Lake Superior Freethinkers. “We’re your friends, neighbors and family members. We contribute to our communities and are true to our values.” 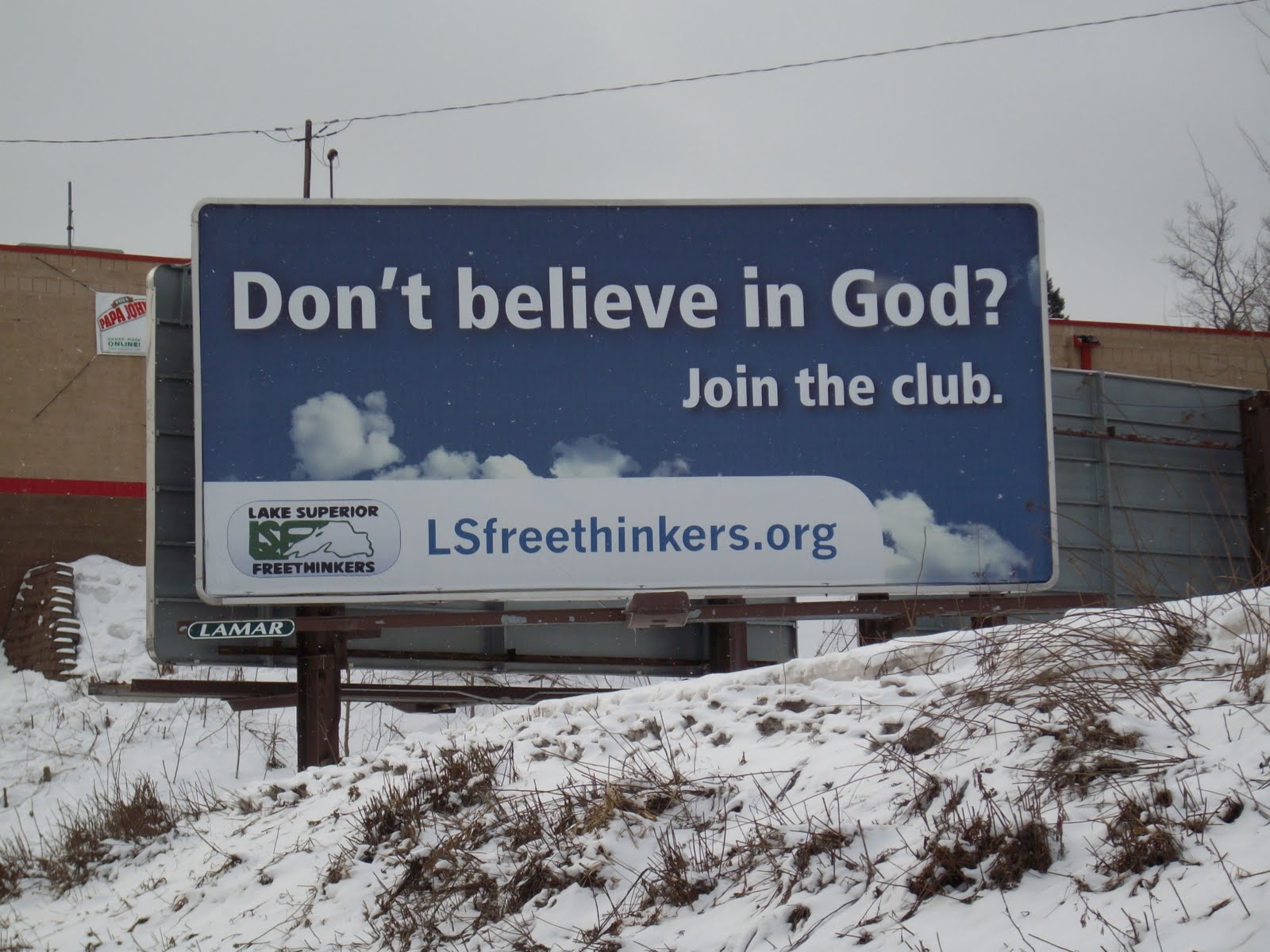 This one doesn’t have the “bite” that some of the more aggressive atheist billboards have had, but in a city like Duluth, the Lake Superior group could get the desired publicity.