A few months ago, I mentioned the launch of the British Humanist Association’s “Census Campaign” in Britain — they want people to check off “No Religion” on the 2011 Census for a number of reasons:

So far, only one ad slogan has been approved to appear on buses in the UK:

Sounds harmless. Funny, even. Not offensive in the least.

But other ads have been rejected…

So what do rejected atheist ads look like? Take a look at the offenders: [***Update***: They were only rejected on the rail lines, but could be used elsewhere. This was due to the “For God’s Sake” phrase, but alternatives were also rejected.] 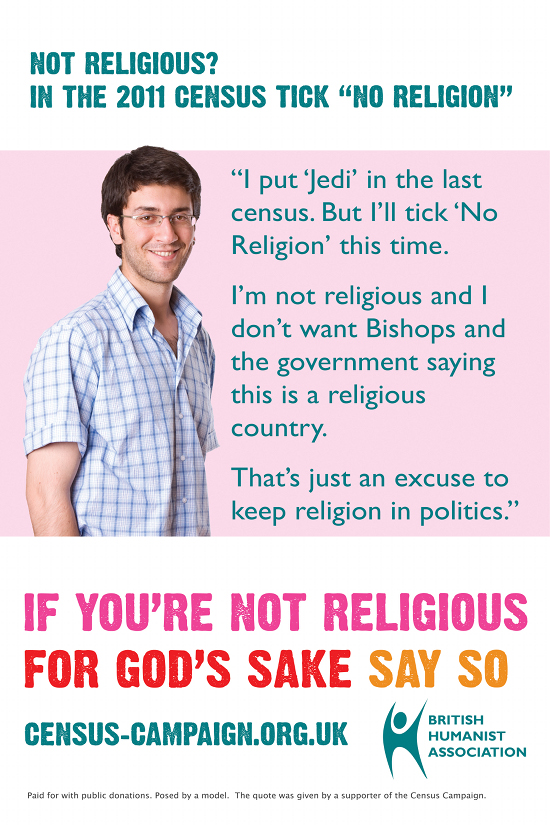 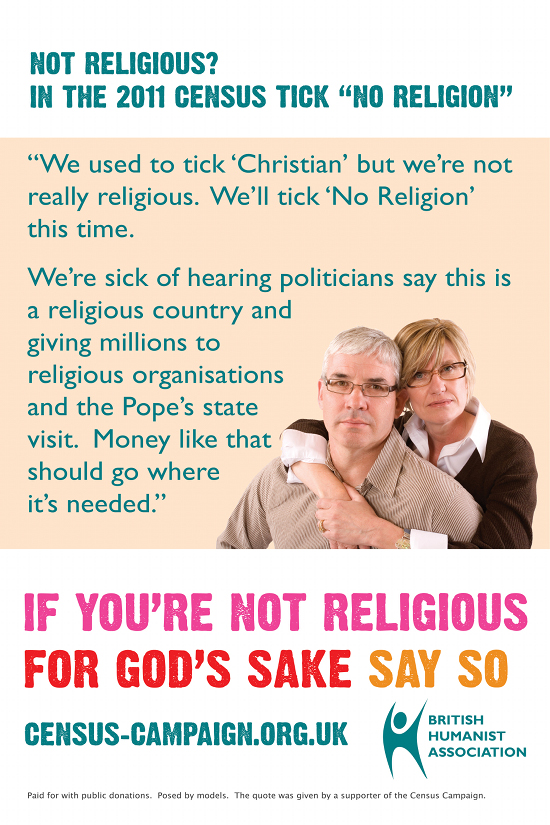 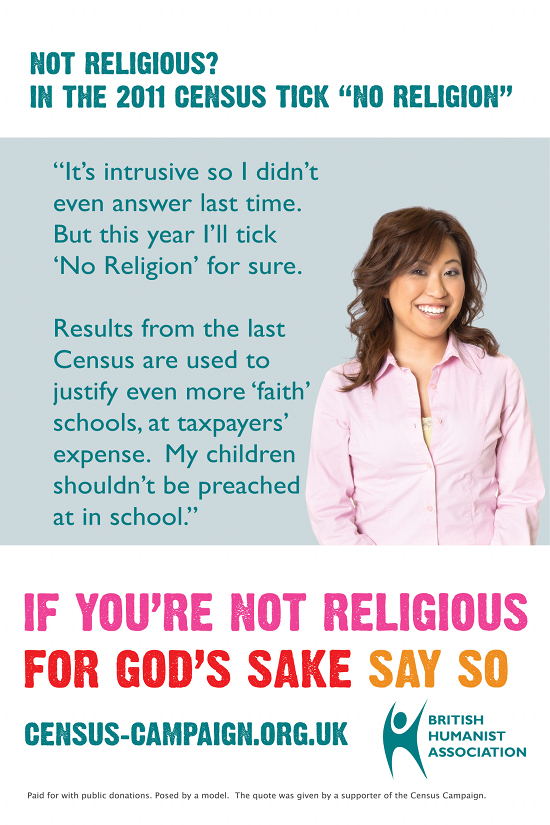 I’m still looking for the offensive parts. Anyone see them? Anyone?!

I guess telling the truth about what your religious beliefs are — or encouraging others to do the same — is “offensive” to the rail companies in the UK.

Despite the rejections, the Census Campaign is alive and well in Britain. And if it works, it’ll be very interesting to see the new data after the Religious-In-Name-Only people say they really have “No Religion.”