Does God Hate Her Breasts?

As a male who has no children, I’m not about to make a recommendation to anyone regarding breastfeeding. But reader Mary sent me an article in which the author, Monica Bielanko, says she didn’t breastfeed her kids… for a reason I hadn’t heard before:

The real reason I’m not breastfeeding is deeply personal and deeply embarrassing: I’m not comfortable with the concept of busting out a boob anywhere. Sometimes not even my own bedroom. Yes, I have issues. I’m well aware, as is my long-suffering husband.

A lot of it has to do with my being raised a Mormon. You could say I grew up ashamed of my sexuality. I developed early and often wore a regular bra, a sports bra and two t-shirts to hide my burgeoning bosom. I was constantly reminded by well-meaning relatives and religious leaders not to let the boys touch my private parts. I even had to discuss in detail with my bishop (Mormon version of a priest) about letting a junior high boyfriend touch me “inappropriately.” I was told to repent immediately and never let it happen again. I wanted to get married in the temple, didn’t I? Hanky-panky with the opposite sex was no way to accomplish the ultimate goal of every virtuous, young Mormon gal.

So, when I turned up pregnant at seventeen, I felt like a failure. I doubled down on my sin and went ahead and had an abortion, the news of which spread all around my high school. The experience scarred me. I was led by numerous adults to believe I was shameful and unclean. Sex is bad, and sex before marriage? Hell and damnation await all transgressors!

What I’m saying here is that I’ve always associated nudity, especially breasts, with sexuality and then sin and shame. And because breastfeeding involves breasts, it’s gotten tangled up in those associations.

If breastfeeding is as beneficial as the author herself admits, this sounds like a poor (but understandable) reason to withhold breastmilk from children. It’s ultimately her choice, but I think I’d feel more comfortable about her decision (as if it matters what I think) if there was a more scientific rationale behind it. 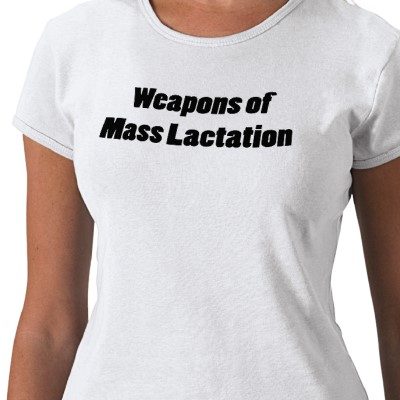 Mary adds in her email:

Religion often teaches women to be ashamed of their bodies, to be “modest,” etc. The idea that this teaching leads them to formula-feed their babies because they are ashamed to “pop out a boob” is so frustrating! I’ve wrestled with this to some extent as I feed my 3-month-old. But reading about it as a legitimate argument to deny a baby breast milk really gets to me.

Again, I’m a guy with no children. So what do I know about any of this. But don’t most people feel uncomfortable with their bodies as they’re growing up? Certainly, Monica’s not the only person who grew up in a culture where sexuality was always stifled, but I haven’t heard of other religious women not breastfeeding as a result of that. 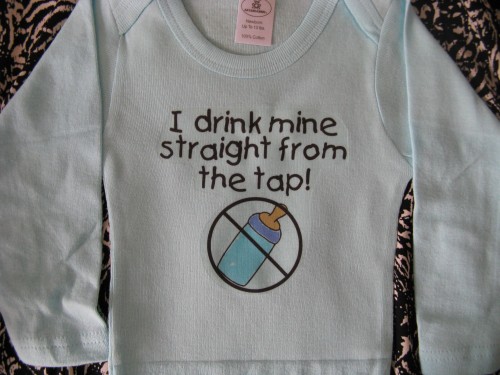 I’m curious if any women reading this had a similar thought process when their children were born — how did you work through it?

In any case, I hope the feelings of sexual repression eventually disappear for Monica. That’s a horrible thing for any religion to do to someone.

I don’t know if it’s better to breastfeed or not. It’s entirely Monica’s decision. But to completely close off the idea of breastfeeding because her religion makes her feel ashamed of her body is what bothers me. This whole post is not so much about breastfeeding as it is about the awful way Mormons (and other religions) make women feel about their bodies and sexuality.

If mothers — religious or otherwise — willingly choose not to breastfeed, I’m not knowledgeable enough about the issue to offer an opinion on the matter.

February 28, 2011 Ask Richard: Should I Count Myself Lucky?
Browse Our Archives
What Are Your Thoughts?leave a comment