SSA and USAToday Win One for Brian

What a victory! This has been an incredible week for us at the Secular Student Alliance, reaching 250 affiliates and today we got some great news. We all know that teenage atheists can have a really tough time finding a community and 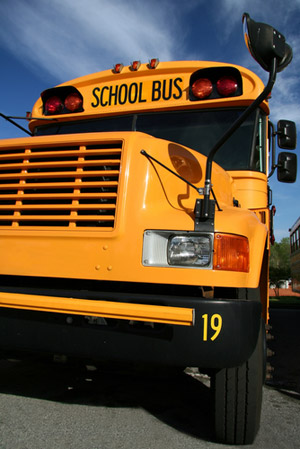 starting a group – the story one Oklahoma student posted on reddit is disturbing, but depressingly common. A student wants to start a group, gets delayed or outright blocked by the administration, and suddenly find that their sponsor has withdrawn citing career worries. Brian Lisco was in exactly that situation in Austin, and we at the SSA had been working with him to overcome the obstacles.

As part of our new push to help high school students, we hired JT Eberhard as a special High School Campus Organizer in January and tried to get some media attention. It’s paid off: Look at this inspiring article by Cathy Grossman in USA Today:

If Glee shows singing geeks as high school pariahs, imagine being an atheist on campus.

Now. the Secular Student Alliance, which promotes atheism and humanism with chapters at more than 200 colleges, is sending in reinforcements for teen free-thinkers — a push to launch 50 new high school clubs.

Godless teens want the same social benefits that evangelical teens find at the annual “See you at the pole” flagpole prayer events at thousands of schools every September, and the court-sanctioned after school Bible clubs, and Christian, Jewish and Muslim student groups.

Yes. This is exactly the right message. We want the same legal rights and social opportunities to form communities of like-minded peers. To have a major national paper like the USA Today spreading the message is a huge boon. Oh, and what happened for Brian? (Emphasis mine):

Brian Lisco, 18, a senior Stephen Austin High School in the Houston suburbs, found his efforts to form a club were delayed for three months by one hurdle after another. At one point the principal said he could have the club — if he just called it a Philosophy Club and did not affiliate with the Secular Student Alliance.

Lisco, however, wouldn’t give up the Alliance ties. He says,

“We atheists are already invisible — we don’t come out. That’s a form of repression in itself. It’s about getting pushed to the margin of our community.”

After a request for comment from USA TODAY, the school abruptly granted Lisco the Secular Student Alliance Club on Tuesday. If Lisco moves fast, he can still organize a Darwin Day celebration: Saturday is his 202th birthday.

We helped Brian win one. But there are countless other students facing the same challenges. Armed with this article, we’ll show other administrations that obstruction won’t work. It’ll still be an uphill battle, but this is a great step forward.

February 10, 2011
How Can You Find Out if Your Date is Religious?
Next Post