What’s It Like to Have an Atheist Car? January 24, 2011 Guest Contributor

Normally, the way people link their vehicle with religion is by putting a few bumper stickers on it: 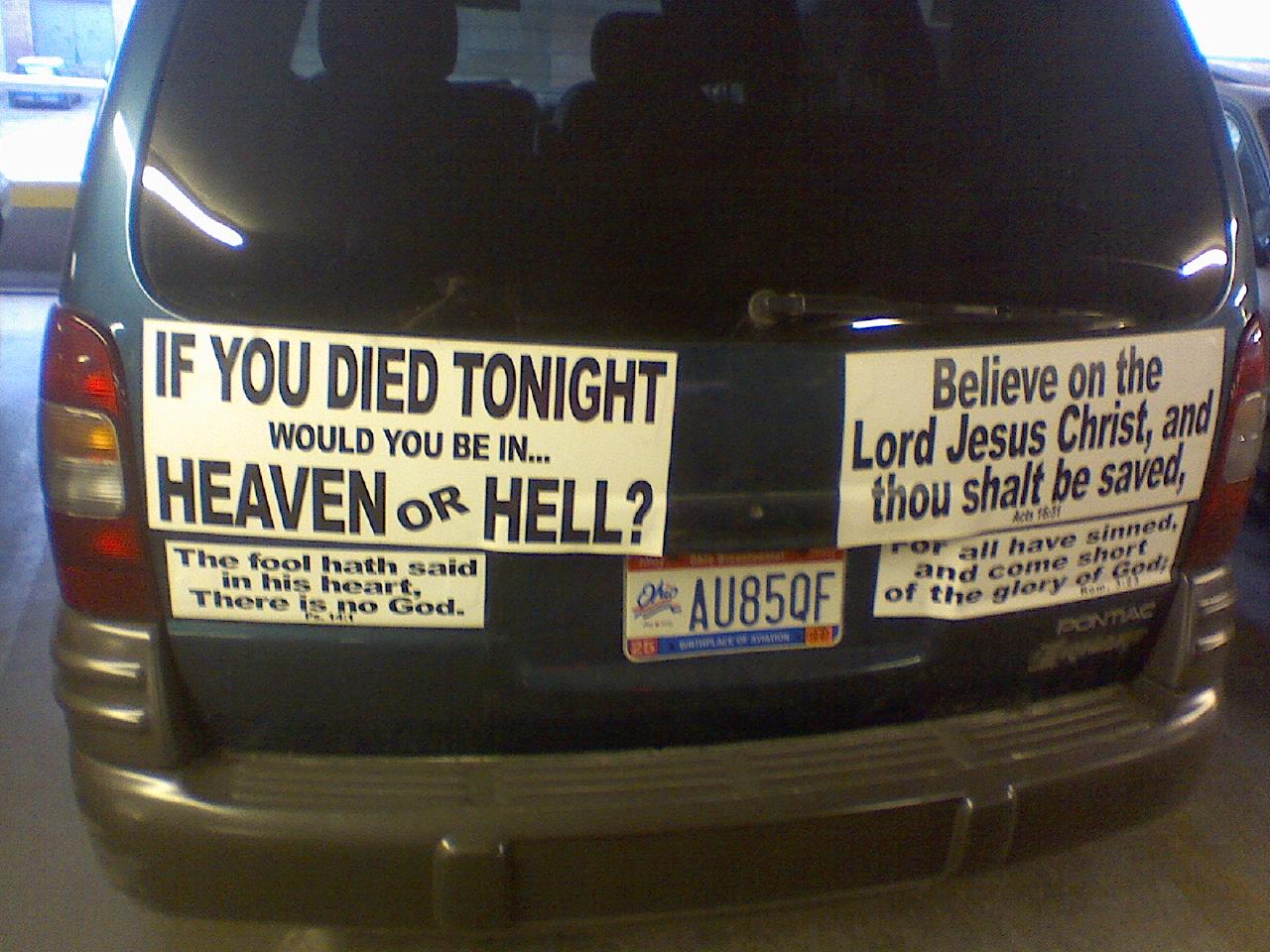 I know atheists who have done that, too.

Some atheists have taken a different path by purchasing their state’s ATHEIST license plate: 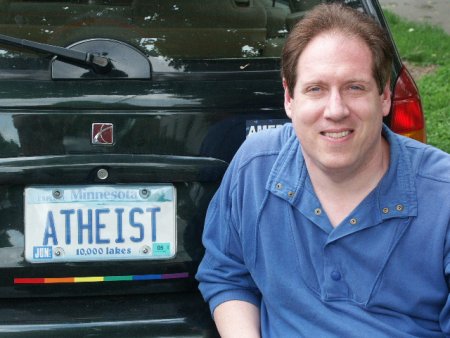 Since his state’s ATHEIST plate is already taken (by August Berkshire, above), Minnesotan Bjorn decided he wanted something far more overt.

When he purchased a used smart car in 2009, he turned it into a driving advertisement for the OUT Campaign and Camp Quest of Minnesota. 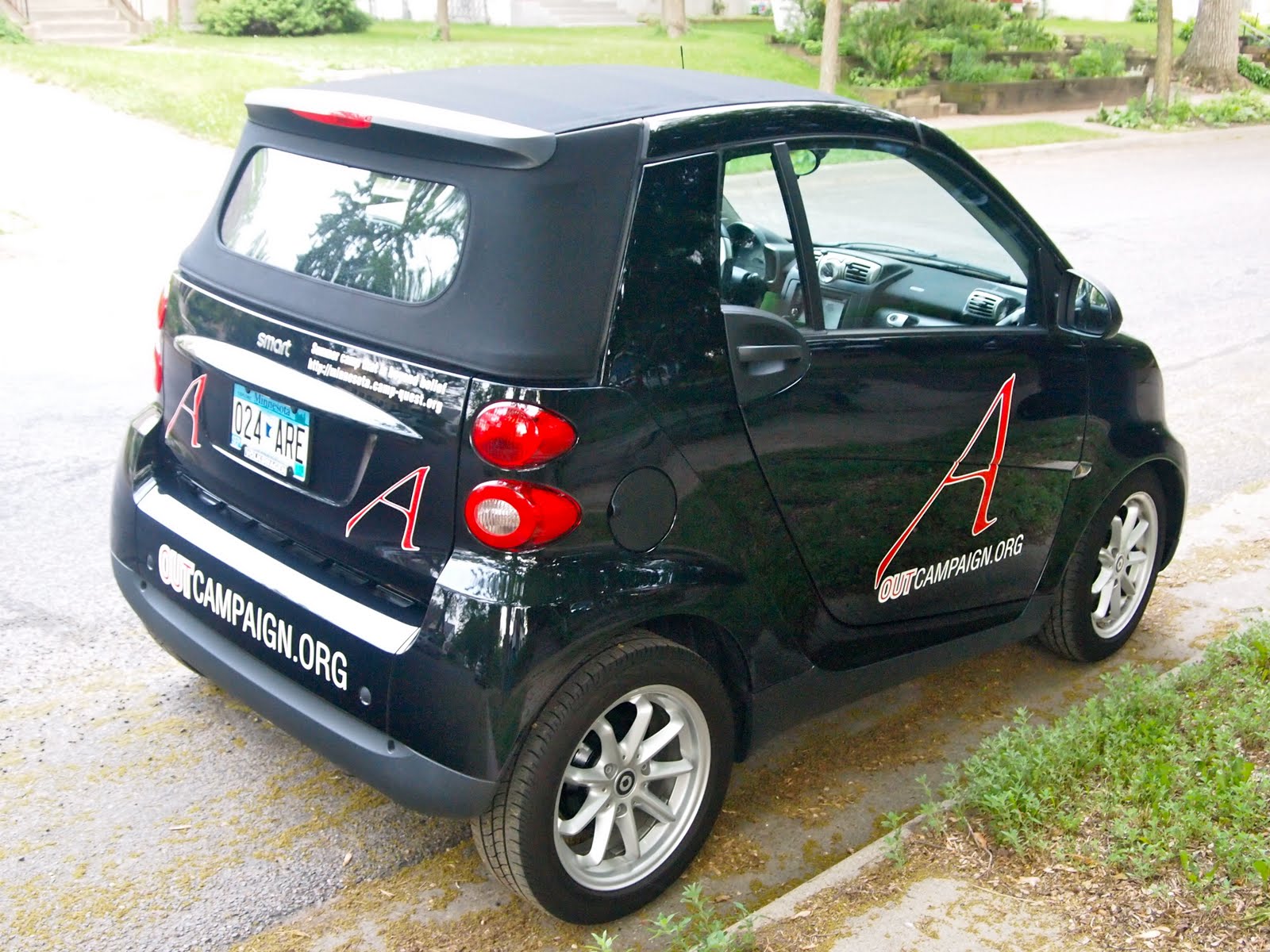 He drove in it for 10 months. No vandalism or anything like that.

Now that he’s ready to buy a new car, what was the result of driving in an atheist-mobile?

… A handful of conversations at gas stations and parking lots and a few thumbs up on the highway. I’m sure most of the people I work with have no doubt how I view the God issue, but no one has brought it up. My goal for having the decals was to gain awareness, just as the Out Campaign is supposed to do. I think to some degree, that happened.

So, is it dangerous to have atheist decals stuck all over your car?…

You can read Bjorn’s response to that question here.

There’s nothing identifiably “atheist” about my car. Part of it is because of where I work, but I also don’t think it’s the most effective way to get out our message.

It’s extremely important to be “out” as atheists… to people who know us. It’s hard to demonize atheists when you know one personally.

When you shout it out to the world in an anonymous way, I feel like the reaction you’d get most often is, “That guy’s a douche.” Bjorn says he had a good experience overall. I know him personally, and I can vouch for the fact that he’s a really nice guy, so I believe it when he says he’s had positive conversations at gas stations and other places.

I wonder, though, how many people saw him driving the car and only thought nasty things.

Here’s a question for all of you: Would you feel comfortable driving a car that was emblazoned with atheist decals/bumper stickers? (For a moment, put aside your thoughts about the brand/model/whatever of the car, and let’s assume the messages are pro-atheist and not anti-any-religion)