I rarely come across a source of interesting material as dense and extensive as Edge‘s World Question Center. I’ve been diving into their 2011 question: “WHAT SCIENTIFIC CONCEPT WOULD IMPROVE EVERYBODY’S COGNITIVE TOOLKIT?” Go take a look: One hundred sixty four intelligent people answering in quick essay format. Excuse me while I get a paper towel; I’m drooling. 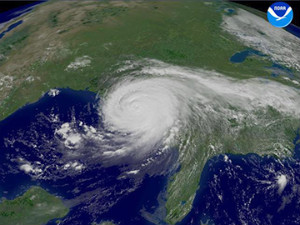 I’m still going through them, but here’s a taste from Rebecca Newberger Goldstein’s answer Inference To The Best Explanation:

There is that judgmental phrase, the best, sitting out in the open, shamelessly invoking standards. Not all explanations are created equal; some are objectively better than others… We decide among the remainder using such criteria as: which is the simpler, which does less violence to established beliefs, which is less ad hoc, which explains the most, which is the loveliest. There are times when these criteria clash with one another.
…
Many of our most rancorous scientific debates — say, over string theory or foundations of quantum mechanics — have been over which competing criteria for judging explanations the best ought to prevail. So, too, have debates that many of us have been having over scientific versus religious explanations. These debates could be sharpened by bringing to bear on them the rationality-steeped notion of inference to the best explanation, its invocation of the sorts of standards that make some explanations objectively better than others, beginning with Peirce’s enjoiner that extraordinary hypotheses be ranked far away from the best.

It’s useful to recognize cases in which the same phrase — here, “best explanation” — is being used to mean different things at different times. Offhand, I’d say that when I call something the better explanation, I’m referring to the explanation’s ability to empower me to make correct predictions in as many situations as possible. If I’m wondering why water is falling from the sky, a story about petulant storm gods can be fun and poetic, but I’d consider one about low pressure systems better. When our instruments detect low pressure systems, I have a pretty good rate of success predicting that my feet will soon be wet.

Of course, a lot of confusion and apparent disagreement would be avoided if we would taboo the word ‘best’ in context and just say “You’re asserting that the storm gods explanation is more poetic and I’m asserting the low pressure systems explanation has more predictive power.”

Before you insist that this is a silly comparison, here’s a passage from Sean Carroll‘s answer, The Pointless Universe:

This view of the processes at the heart of the physical world has important consequences for how we come to terms with the social world. Human beings like to insist that there are reasons why things happen. The death of a child, the crash of an airplane, or a random shooting must be explained in terms of the workings of a hidden plan. When Pat Robertson suggested that Hurricane Katrina was caused in part by God’s anger at America’s failing morals, he was attempting to provide an explanatory context for a seemingly inexplicable event.

Doesn’t seem so far-fetched now, does it? I want to spout off that Pat Robertson‘s explanation was worse, but I need to be clear about what standard I’m using to judge. Normative words like ‘best’ only make sense in context of the purpose – without defining what you’re trying to do with an explanation, it doesn’t make sense to use the word ‘best’.

When it comes to fitting into Robertson’s model of preexisting beliefs, the best explanation was that God was angry. But if we’re hoping to prevent such a tragedy from happening again, low pressure systems and poor preparation is objectively the best explanation.

January 21, 2011
Ricky Gervais: ‘They Haven’t Got the Monopoly on Good’
Next Post

January 21, 2011 Cherokee County School District Makes Decision About School Graduation
Browse Our Archives
What Are Your Thoughts?leave a comment