It happened a couple weeks ago, but it’s worth a mention:

The Atheists, Agnostics, Skeptics, Freethinkers, Secular Humanists and the Non-Religious group on microlending website Kiva have now loaned out over $3,000,000. 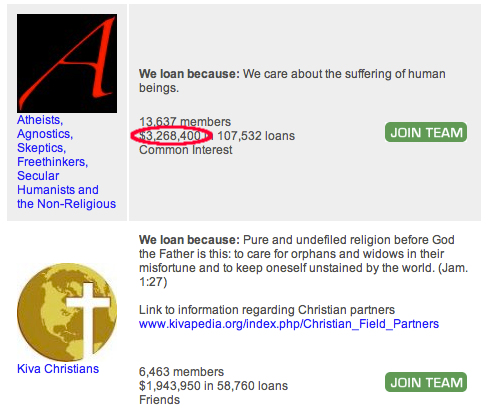 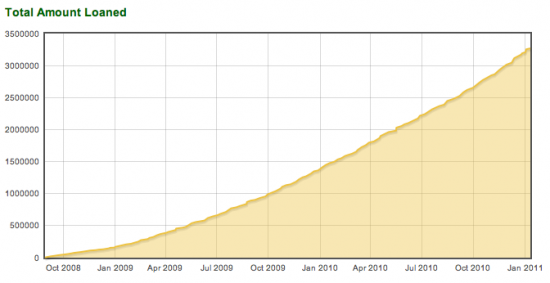 It’s a fantastic accomplishment. (To be fair, it doesn’t mean they’ve given out a total of $3,000,000+. It means they’ve loaned the money, received some (or most) of it back, and then reloaned it.) It was just over a year ago when the Kiva Atheists were the first group to reach the $1,000,000 mark.

The more than 13,600 Kiva Atheists have been atop the Kiva community rankings in just about every category for years now — Kiva Christians are ranked second.

I’m so proud of that whole team. If you’re not a part of it, remember it’s never too late to sign up.

January 12, 2011
Skeptical Valentines for a Good Cause
Next Post