A Notable Club at the University of Oregon January 12, 2011 Guest Contributor

A Notable Club at the University of Oregon

The BCS championship game between Oregon and Auburn is over but there’s one tangential story worth sharing.

The Oregonian had a side-by-side comparison of the two schools in advance of the game… one of the items was “Notable student club/organization” and guess who was mentioned? 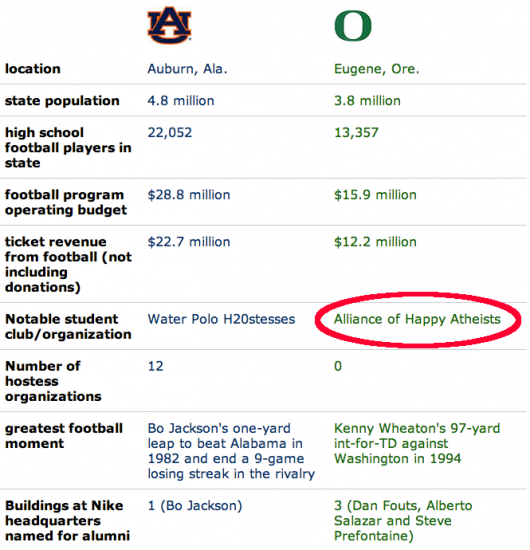 Meanwhile, anyone else notice the crazy amount of money spent on the football program operating budget for both schools? It’s ridiculous to say this is money well spent when just about every school in the nation (including many of the big names) lose money due to their athletic programs. That’s money that could be better spent on… you know… education.