You’ve all seen this license plate before: 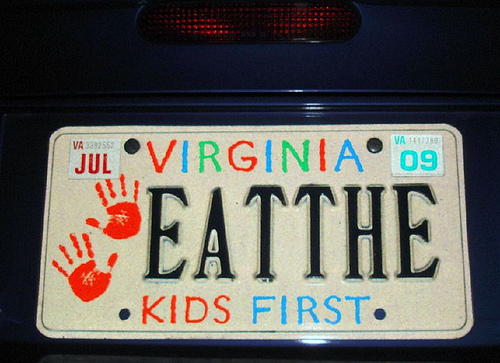 As an atheist, that plate is near and dear to my heart.

So you can imagine my sadness at learning that the plate was revoked by the Virginia Department of Motor Vehicles because a few people found it offensive.

The owner of the plate explains what happened:

I received a second letter saying that I would then be going into a sort court hearing about it over the phone. There would be me, a DMV representative and a mediator. Long story short I had my ass handed to me and had no defense.

In the end I asked how many people complained and what they complained about exactly, since I was under the impression it was being taken away because of cannibalism concerns. I was told they received something like 4 letters and 7 phone calls. All of them generic “I’m offended and my right to not be offended trumps everything!!!”. The DMV then had a private round table meeting with something like 13 people in the meeting… JUST to discuss my plate.

On their own, they came to the conclusion that my plate advocated oral sex on children, oral fucking sex on underage fucking children!! I was completely shocked and couldnt form a complete sentence afterwords.
I then tried to get the plate “FUVADMV”, but it didnt pass muster.

Who the hell interpreted the license plate that way…?

The letter from the DMV is here: 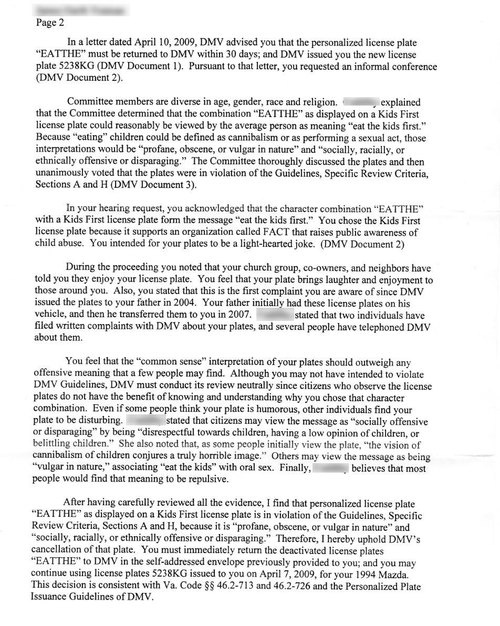 What’s the point of vanity plates of you can’t get something obviously meant to entertain and amuse?