Is This a Political Endorsement? November 26, 2010 Guest Contributor

Is This a Political Endorsement?

The National Day of Prayer Task Force in Austin is (as far as I can tell) a non-profit, tax-exempt religious group.

They have put up a series of billboards promoting their website and (of course) prayer: 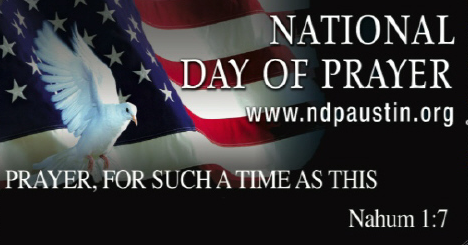 As you all know from seeing the barrage of atheist billboards over the past couple years, there’s nothing wrong with putting up advertisements advocating your point of view.

But what about this NDOP billboard that was up before the elections in November…? 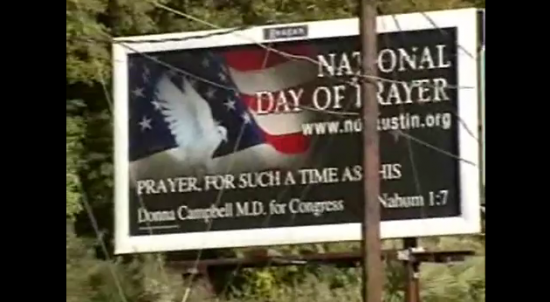 Isn’t that a political endorsement?

You can see the billboard at the 1:08 mark of this video:

I called NDPAustin to find out what was up with that and spoke to the central Texas group’s Treasurer, Van Davison.

Davison said that it wasn’t an endorsement.

Campbell simply paid for the billboard and that was her logo on the bottom of it.

(A similar billboard, he says, contains the logo of a local real estate office.)

I didn’t realize this was allowed… or maybe it’s not.

Am I making a big deal out of nothing here? Or is this a violation of church/state separation?

If the latest American Atheists billboard one of the atheist billboards had been sponsored by a political candidate — unlikely, I know — can you even imagine the type of uproar that would ensue?

Some of you might know more about the legality of these sorts of things. I’d love to hear your thoughts on the matter.

(Thanks to Joe for the link!)

November 26, 2010
Where Are the Atheist Advertisements in America?
Next Post