A Positive Article About an Atheist Professor November 14, 2010 Guest Contributor

A Positive Article About an Atheist Professor

When you hear the phrase “atheist professor,” maybe this often-forwarded, untrue email comes to mind.

Dr. Hector Avalos is an atheist professor and an overall good guy — an educator who isn’t biased against religious students, a Bible scholar with several books to his name, and the faculty sponsor of the Iowa State University Atheist and Agnostic Society. 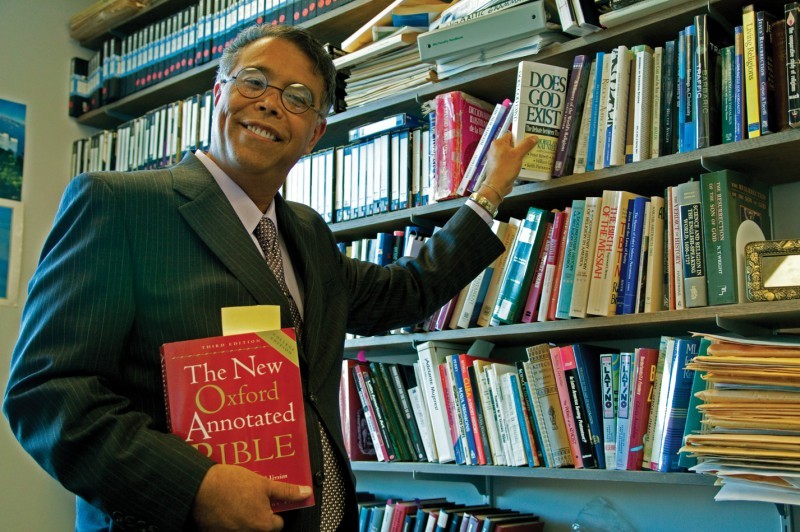 The campus paper wrote a glowing profile of him this week that’s worth a read:

What had begun as a cold progressed into early systemic arthritis and conjunctivitis. Eventually, Avalos was diagnosed with Wegener’s Granulomatosis, a rare auto-immune disorder.

Behind in school because of his illness, Avalos asked professors in biology, German and Hebrew at the University of Arizona if they would give him full credit for courses he had never taken if he passed the final exams. They said “yes,” and Avalos passed them all because of his program of self-study in high school.

“Altogether, my first semester back I took 45 credits and was able to finish my sophomore, junior and senior year in three semesters,” Avalos said. “One of my professors said, ‘You should be at Harvard.'”

Through good grades, recommendations and academic scholarships, Avalos made it to Harvard. There, he earned a master’s degree in theological studies and was accepted into the Ph.D. program before becoming ill again. Avalos’ doctors gave him two years to live.

“There is this old adage that says there are no atheists in foxholes,” Avalos said. “The idea is that when you’re faced with death, you become a believer. Well, I have faced death many times because of my illness. What has helped me is what I see helping me, which is medical science and my family.”

I love faculty sponsors of college atheist groups who do so much more than just sign paperwork… we need more of them like Dr. Avalos.

November 13, 2010
Letter to America from an Atheist in a Foxhole
Next Post