Which is the True Christianity…? November 3, 2010 Guest Contributor

Which is the True Christianity…?

I’d love to hear the Christian response to this: 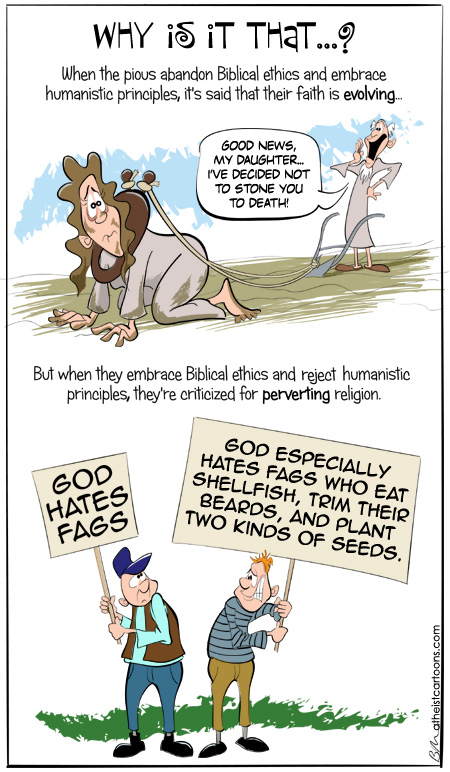 Side note: Can you tell by the post lengths lately that teaching and Speech coaching are taking over my life?

November 3, 2010
College Atheist Groups on the Rise
Next Post

November 4, 2010 Trust Him; He’s a Pastor
"I'd say Satan's still evil, just less so than God."
The Jack of Sandwich Pat Robertson: The Recent Prayer Rally ..."
"King was before my time. Only time I was excited to shout was at a ..."
Griff Pryce Hate-Pastor Joshua Feuerstein Is Launching a ..."
"I didn't see much of it. All I clearly remember is that the ship's computer ..."
Wizard Suth In a New Film, Kevin Sorbo ..."
"Amy Goodwin must be voted out, all she does is promote homosexuality and prostitution,she does ..."
Mark Lassiter After Christian Backlash, Charleston (WV) Mayor ..."
Browse Our Archives
What Are Your Thoughts?leave a comment