Good Without God Is… 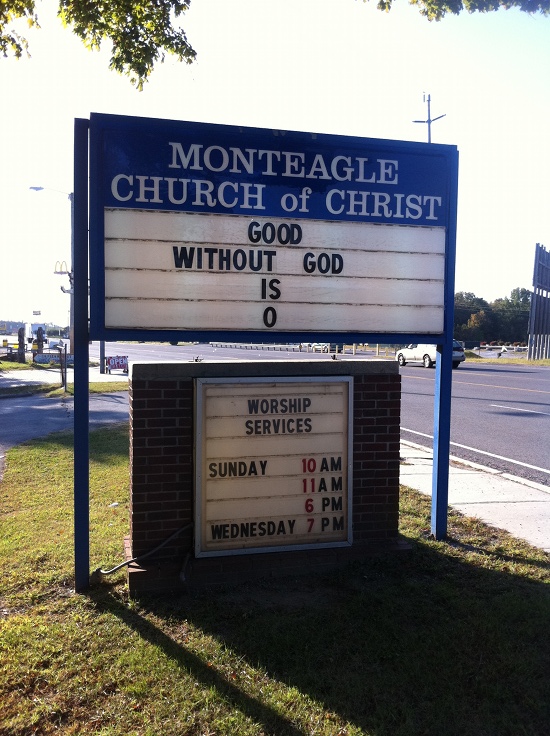 Skeptical Rockhead asks some good questions about it:

Does it mean atheists are worthless?

Does it mean you can’t have good without a god?

Does it mean goodness without a god is meaningless?

I’m not sure what the intended meaning is.

All I’m getting from it is that whoever wrote the sign can’t understand why non-Christians could, would, or should be good.

I can’t understand why anyone would continue to attend a church that prides itself on such ignorance.

October 10, 2010 Wanna Buy a Pope Shirt?
Browse Our Archives
What Are Your Thoughts?leave a comment