The Secular Student Society at Texas Tech University spent their Blasphemy Day offering cookies to students who were willing to give up their soul.

Hell, depending on the type of cookie, I’d be willing to exchange a few of my souls. 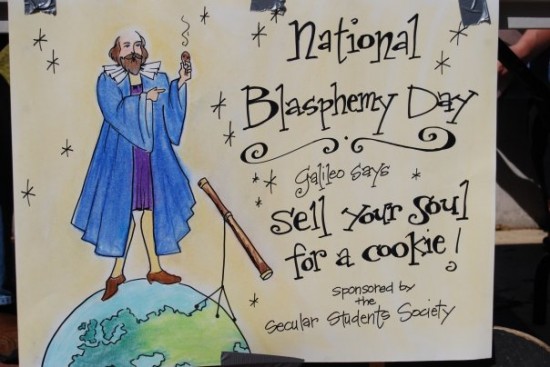 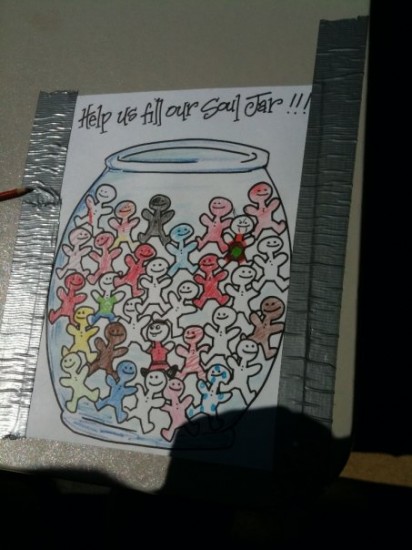 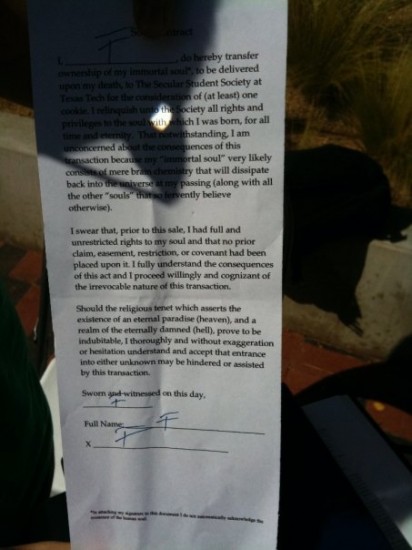 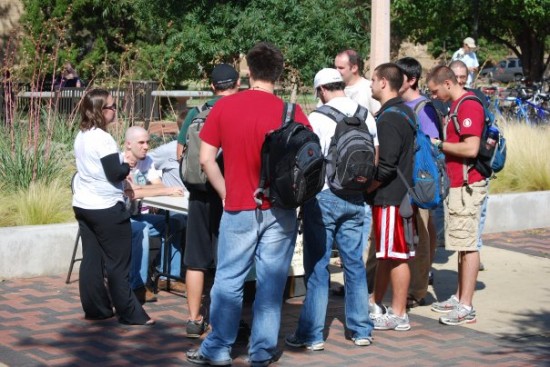 “The point of this is not to antagonize people. We’re promoting critical thinking among various religious perspectives with students at Tech.” [public relations manager Austin] Fielding said.

Rebecca Stacks, a junior history major from Lewisville, is the activities director of the organization. In the organization’s second year, her participation in International Blasphemy Day has a strong meaning and purpose for her.

“Right now in the UN they are trying to pass a law to ban blasphemy,” Stacks said. “We’re out here for freedom of speech. We should be allowed to say whatever we want.”

It’s amazing how many students took the idea of a soul so seriously that they wouldn’t just write it off for a cookie. They had to take a few “precautions”…

Some Tech students were hesitant to sign because they believed it contradicted their religion. In order to make them more comfortable, the group had a light-hearted solution to assure the student they were not making any binding contract.

Did they just add superstition to an already fictitious idea…?

I know they’re just joking, but the fact that the joke even needed to be made says something.

It’d be nice if the message that souls don’t exist actually got through to some of the students… maybe they’ll even attending a future meeting of the secular student group. The publicity stunt could have a tremendous benefit.