The Effect of a Hug-An-Atheist Campaign October 1, 2010 Guest Contributor

The Effect of a Hug-An-Atheist Campaign

I recently mentioned that the Secular Coalition at Eastern Kentucky University — now the Secular Student Alliance at EKU — held a special event to draw attention to their group:

Somehow, this was controversial. The students chalked the campus with phrases like, “No God? No Problem” and “THOU SHALT NOT… Haha, just kidding!”

Now that the event is over, it looks like some religious groups on campus have learned a lesson — when chalking, make the messages polite and pleasant! 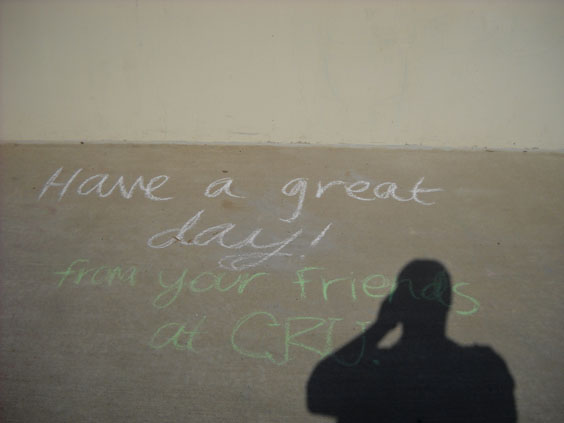 Alec Spencer, the president of the SSA group, comments on this development:

What once was plain, old, hell-condemning chalk is now bright, positive, and attention grabbing advertisements from those groups.

I find this amusing and all around a good thing really. I am not sure if they are just trying to get the media’s attention… or simply [trying to] lash back at us.

He sees this as competition or a way of fighting back. I don’t see it that way. I think the Christians on campus realized the positive response generated by messages that don’t condemn people who disagree with you. They reach out to already like-minded people. The Christians may have even taken it one step further by leaving messages that don’t attempt to proselytize. Instead of seeing it as the Christians “getting even,” I prefer to think that the atheists raised the bar for the type of discourse we all want to see on campus.

October 1, 2010
The Success of a ‘Stone-a-Heathen’ Fundraiser
Next Post