Yar, the glorious day be upon us once again – ’tis Talk Like a Pirate Day! I don’t know whether it’s growing in popularity or whether Twitter and Facebook are making it seem that way, but I’ve been hearing a lot of excitement for today. Are you celebrating?

A lot of our Secular Student groups take the opportunity to dress up and preach the gospel of the Flying Spaghetti Monster, so I wish them all a fantastic time. Of course, the Purdue Society of Non-Theists jumped the gun a bit and decided to celebrate on Friday. Check out the story and pictures from my friend Mike Brownstein (one of the group officers): 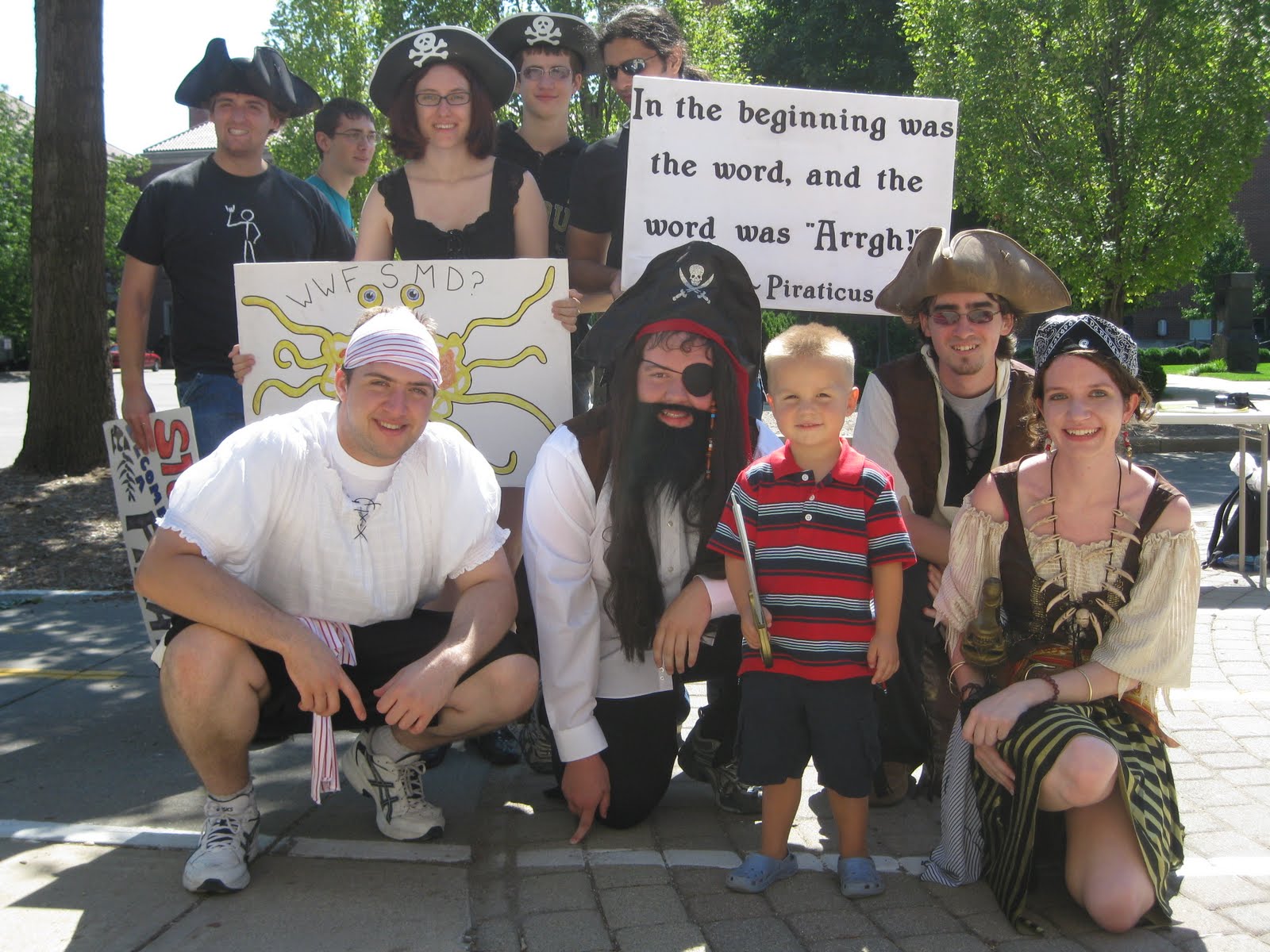 Last year I was introduced to Alestorm, the band which plays “True Scottish Pirate Metal”. My contribution to the day’s festivities will be to share “Captain Morgan’s Revenge” from their album of the same name (long musical intro skipped, feel free to rewind and listen):

Countless years ago, while lost in barren seas
There whispered murmurs of a bloody mutiny
We took up arms and slayed the officers of rank
And with swords drawn, made the captain walk the plank

But as he fell down to the depths, he swore a deadly curse
“As sure as hell’s my final fate, You’ll all soon die or worse”
Now as we stand before the gallows waiting for the end
I’ll say these final words my friend:

(chorus)
At sunrise we will dance the hempen jig
So raise up your pint of rum and take another swig!
The curse of Captain Morgan has lead us to this fate
So have no fear and don’t look back
The afterlife awaits!

September 19, 2010
Richard Dawkins at Protest the Pope Rally
Next Post