Kate is an atheist, Erik is a Christian, and for years now, they’ve been dating. A couple years ago, I wrote about how that worked and what the reaction was like from their families.

Last year, they got engaged…

And last week, they got married 🙂 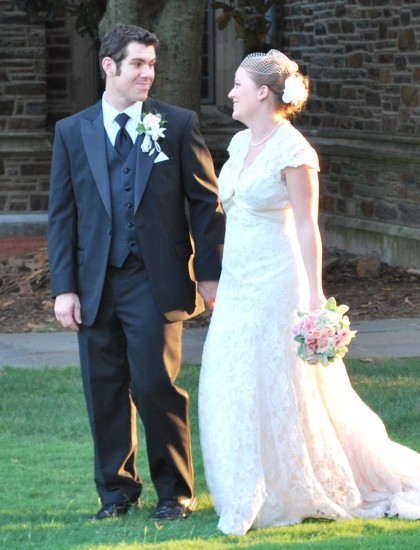 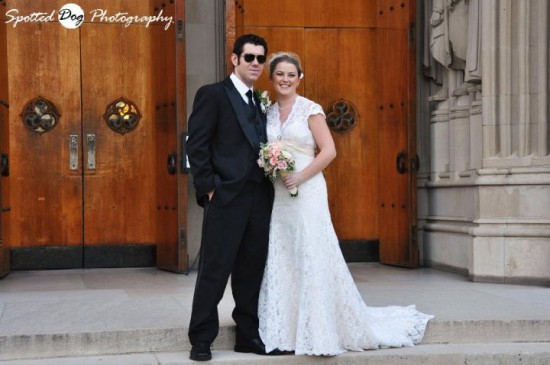 The sunglasses are badass. I approve.

So, was it a religious ceremony or a Humanist one? Kate writes in an email:

The ceremony was co-officiated by my minister (a female UU minister) and Erik’s minister (of his liberal Christian church). As for language, we struck a compromise with sticking to the word “God” (not Jesus) and I’m a little biased, but everyone — all of his conservative family, all of my liberal friends, atheists, everyone — commented afterward at what a beautiful ceremony it was, and no one seemed to notice the lack of strong religious language. We think it was because the ceremony focused on us, and not Jesus, and yet language of God was woven into the background. We were both thrilled with how it turned out.

I still think their first child should be named Hemant.