The South Park Creators at TAM5

The creators of South Park, Trey Parker and Matt Stone, appeared at The Amazing Meeting 5 a few years ago. It was the first TAM I attended (until TAM8 this past summer) and it was definitely one of the highlights. So many people can say this, but these guys are heroes to me.

JREF had offered the video of their talk (really a Q&A session) on DVD before, but they just released it for free to the public, so here you go — the intro is from Penn Jillette:

And while we’re talking about them, allow me to reminisce about that time…

After their talk, I jumped into a massive group of people in an attempt to get a pic with them… and it worked! 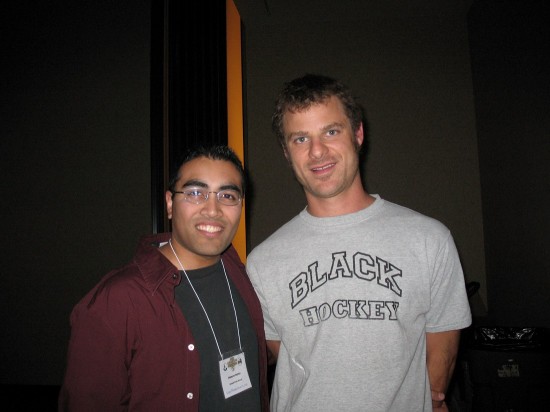 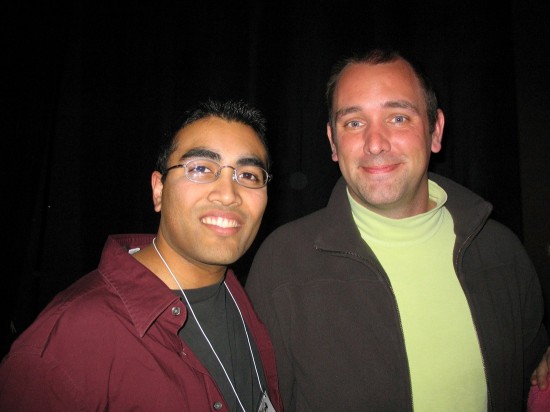 If pictures could *squee*…

Even cooler than those pics? My friend Margaret Downey had them sign a copy of her hotel room’s Bible: 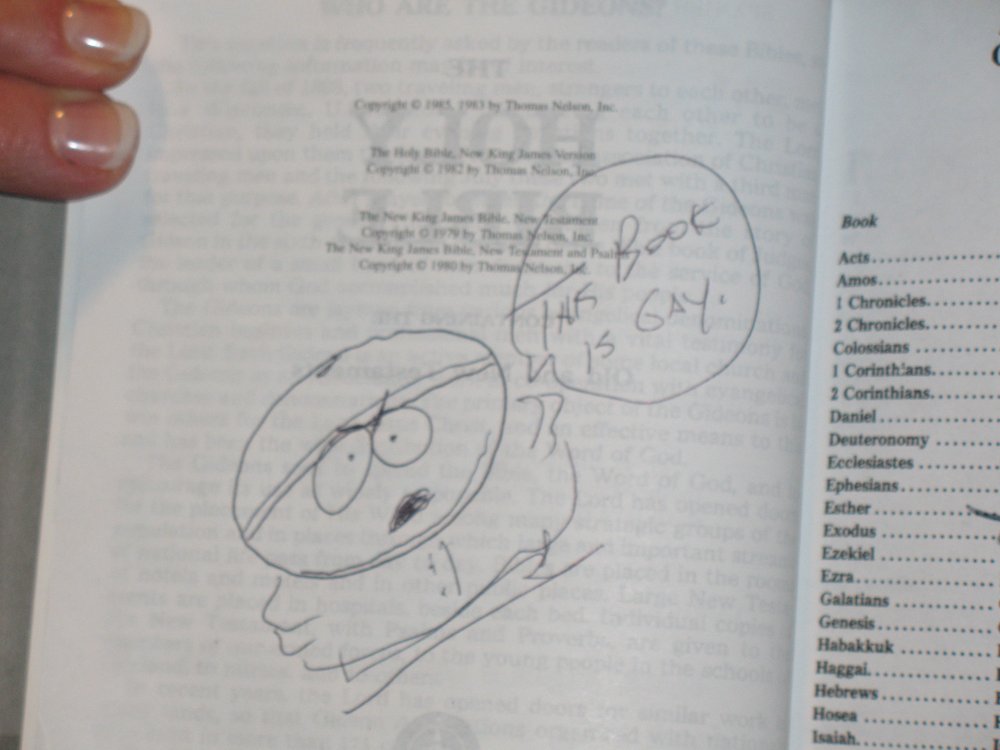 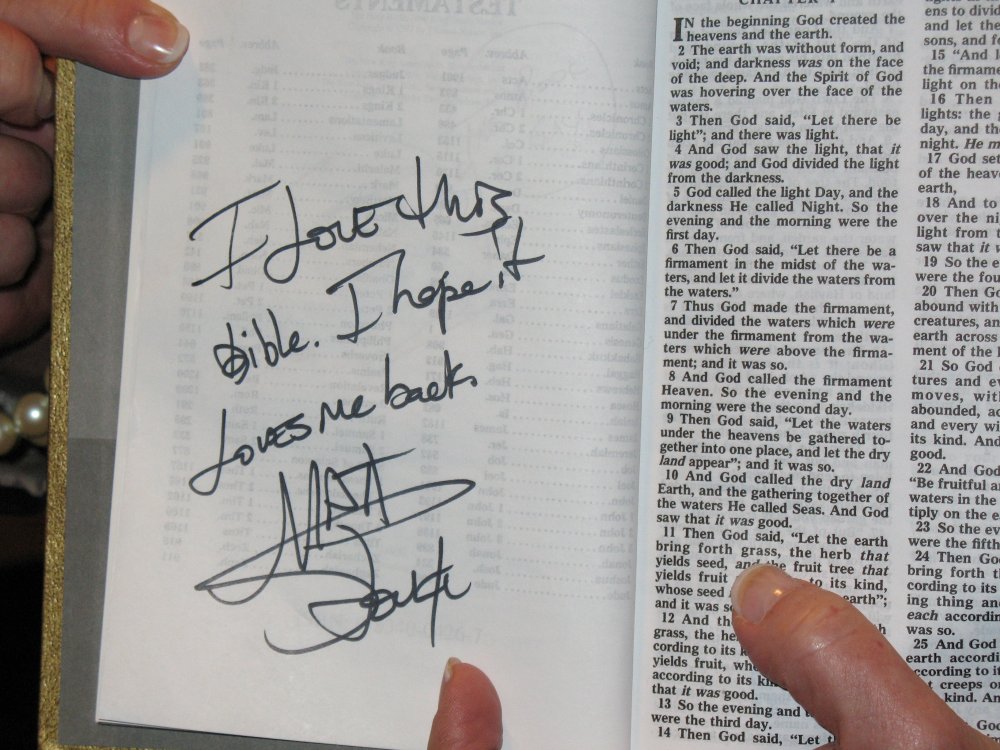 How would you like to see that version in your hotel room…?

(I think she ended up auctioning that Bible for an Atheist Alliance International fundraiser.)