Back in December, the Arkansas Society of Freethinkers sued Secretary of State Charlie Daniels “after he refused to grant permission for the group to put up its display, dubbed the Box of Knowledge.” Daniels denied the box despite allowing Christmas decorations.

This was the box in question: 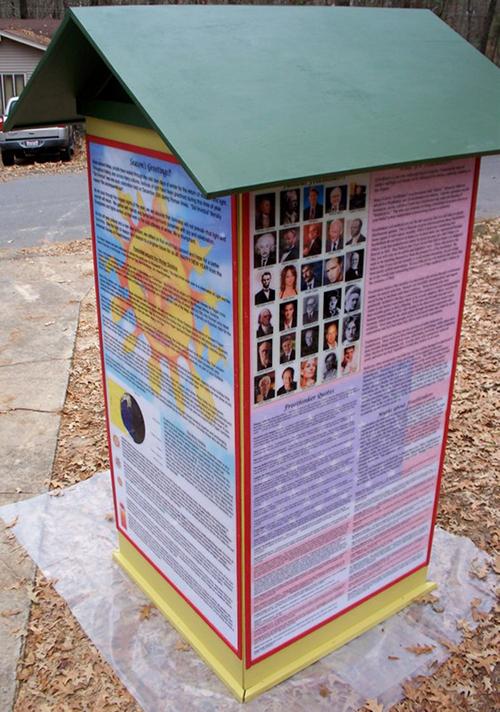 Well, the two sides have finally settled and the atheists have come out winners!

In the settlement, the state agrees to a constitutional violation, says it will provide equal access to the Freethinkers in the future and says it will pay more than $25,000 in attorney fees to the ACLU cooperating attorneys who brought the case.

Hats off to the Arkansas group for fighting the good fight.

I hope citizens of Arkansas think twice before re-electing a man who so willingly ignores the Constitution. I don’t know if Daniels has to pay the fine out of his own pocket or if the state pays it through taxpayer money. If it’s the latter, though, I’d be all the more pissed off if I lived there.

August 24, 2010
A Complaint About the New Zealand Atheist Billboards
Next Post