Freedom From Religion Foundation Puts Up 20 Billboards in Florida

The Freedom From Religion Foundation is going billboard-crazy in Tampa and St. Petersburg, Florida this month, putting up 20 ads around the area (at a cost of $3,500): 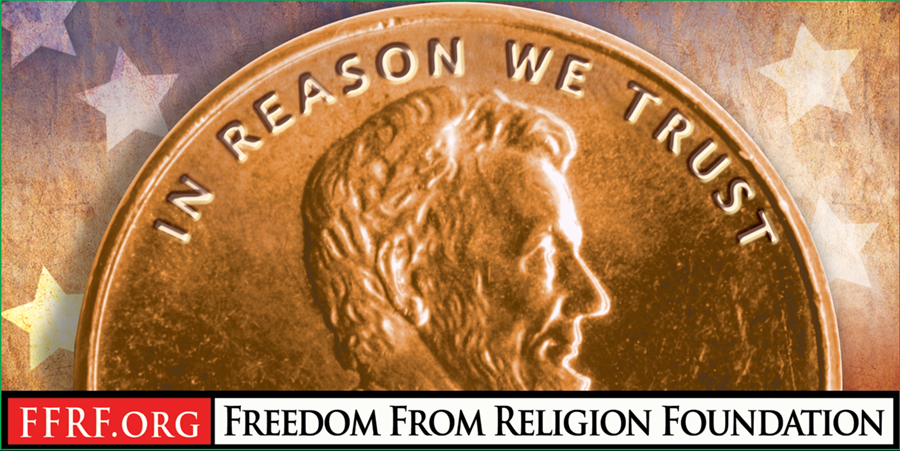 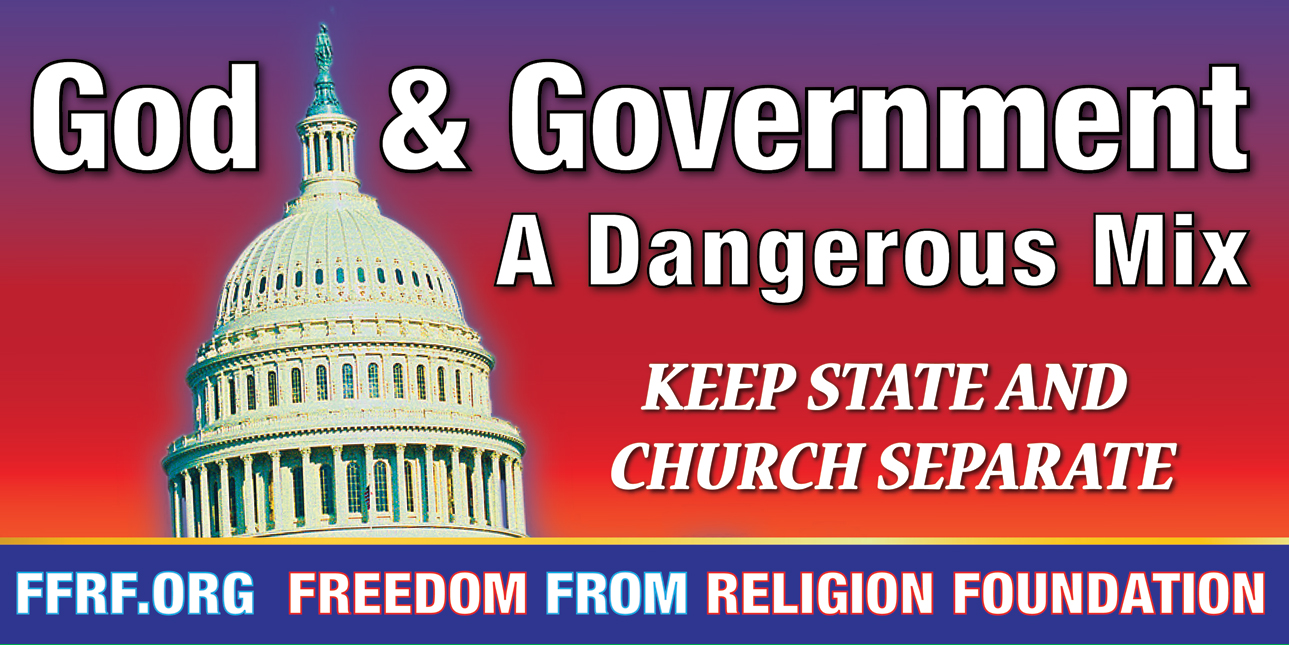 FFRF’s newest message, showing the face of a penny saying “In Reason We Trust,” is debuting in Tampa. The Foundation points out that “In God We Trust” is a johnny-come-lately, adopted as a motto by Congress during the McCarthy era in 1956. The original secular motto, “E Pluribus Unum” (From Many [come] one”) was chosen by a committee of Jefferson, Adams and Franklin.

“To be accurate, the religious motto would have to say ‘In God Some of Us Trust,’ and wouldn’t that be silly?” said Foundation Co-President Annie Laurie Gaylor. She pointed out that the nonreligious is the largest-growing segment of the population by religious identification, at 15%.

Several of the colorful billboards have a “stained glass window” motif.

“We want our billboards to be attractive, since our messages are controversial, and freethinkers like stained glass as much as the religious do. But we’d also like to create a little cognitive dissonance. Wouldn’t it be something if you saw this message, ‘Imagine No Religion’ or ‘Sleep in on Sundays,’ in a church?” asks Gaylor.

The more, the merrier, when it comes to these billboards.

They’ll only stop going up when the news media stops making a big deal about them. That’s not about to happen, so the billboard blitz continues.

August 11, 2010
The AFTAH Anti-Gay-Rights Academy: From the Perspective of Two Who Attended, Day 2 of 3
Next Post

August 11, 2010 A Pastor (Seriously) Thanks the New Atheists
Browse Our Archives
What Are Your Thoughts?leave a comment