My Night at a Focus on the Family Event August 8, 2010 Guest Contributor

My Night at a Focus on the Family Event

Friday night, Jen McCreight and I attended a “Celebrate Family Tour” at Wheaton College, hosted by Focus on the Family.

Why? Because it was so close… and what better way to spend your Friday night than getting silently furious while listening to Christians talk about how they’re superior to atheists with regards to raising children, having morals, and caring for others?

We were there for over two hours. You know what? There wasn’t a single mention of Prop 8 or gay marriage all night.

I felt cheated. That’s like going to a Jimmy Buffett concert and not hearing “Margaritaville.”

But the rest of the event didn’t disappoint. I learned quite a bit actually. Here is my random assortment of thoughts throughout the night… which I jotted down on a “donate to Focus” envelope during the evening:

And then it was over. As we walked out, Jen and I figured we needed some proof that the event happened… so here you go 🙂 (Sorry for the quality. It’s an iPhone camera.) 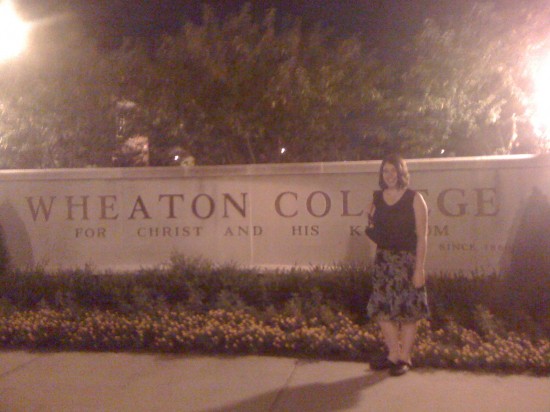 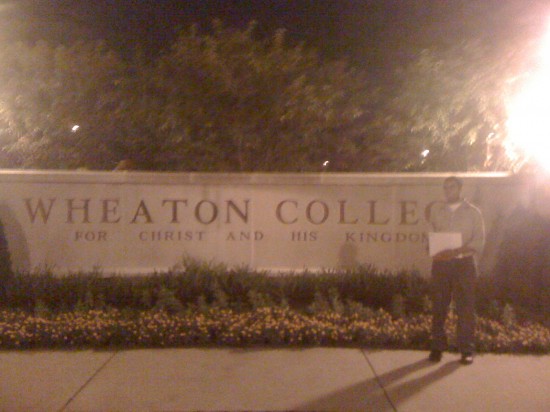 (You can read Jen’s writeup of the evening here.)