Why I Care About Prayer 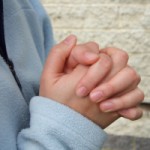 Yesterday I asked how you would react to someone praying for you. Your reactions spanned the gamut, as I expected.

There’s one type of response I wanted to specifically address, because I think it’s a common one: why would I possibly object to someone trying to be nice?

I was originally motivated to write yesterday’s post after Chris Stedman of the Interfaith Youth Core tweeted the question. I’ve met Chris in person a few times – we disagree on a lot of interfaith issues, but he’s a nice guy. On his NonProphet Status blog, he posted a response to me, epitomizing that common response:

It seems Jesse and I are more or less on the same page when it comes to how we internally react to prayer — he too appreciates the good intentions of those who pray — but we differ in that he also thinks it is important in such moments to assert to the individual offering prayer that it won’t work.
…
But more importantly: why does it matter [whether prayer works]? So my classmates at Loyola think that prayer works and I remain unconvinced. Why should I try to dissuade them from that belief? Seems self-important and unnecessary to me. And, more importantly, their kind intention actually means a lot to me. We have a relationship of mutual concern and care — why would I want to go and ruin that by trying to assert my so-called “intellectual authority”? I’m a lot more interested in the fact that they care enough about me and my well-being to take a moment of their day to wish me well.

Perhaps I didn’t go into enough depth in my last post, because I don’t feel like this is an accurate representation of what I would do. There’s a case to be made that direct confrontation serves a valuable role, but I don’t think it’s my role. So I’ll use my own words instead of Dennett’s in an attempt to be more clear. Why do I care about someone praying for me?

I certainly appreciate it when someone has kind thoughts or kind words for me. (Many commenters assumed that the person praying has ulterior motives, but I’m only addressing the cases in which they sincerely want to show good will.) And I’ll express my thanks for that – I think we all should! I don’t have a problem with that. But it’s not all about the words they’re saying. It’s about the whole message being sent.

If meant literally – if the well-wisher genuinely thinks prayer will do good – then the message they’re sending is not just “I hope you get better” it’s also “I believe prayer works, disregarding standards of evidence, science, and the importance of reason.” I have a problem with that message.

Even if not meant literally – if the well-wisher is merely using the phrase to express concern and care – then their message is also “morality and concern for others is connected with religion.” I have a problem with that message, too.

I care about prayer because I think it sends and reinforces memes which are detrimental to society. As a glorified bastion of irrationality, religion does unnecessary harm to ethics, scientific discovery, and politics – fields with particular potential to alleviate the world’s problems. But the prayer is wrapped around good intentions. What are we to do? It’s a complex message and deserves a complex reply. If at all possible, I want to show gratitude for the good parts while diverting focus from the religious components. For example:

These lines subtly shifts to a humanistic frame, where what really matters is what we can do for one another here on Earth.

One thing I keep hearing is that prayer makes people feel better in the face of being helpless. But humanism can be empowering! It emphasizes what IS under our control. We can be there for each other emotionally, we can support medical research, we can volunteer our time when it’s needed. Science and reason are the best ways to combat helplessness in the long run – the more we understand about the world, the better we can react and adapt.

Let me see if I can put some of my own advice into practice: Chris, I’m completely with you that it’s important to have mutual concern and care for one another. Science, humanism, and reason are such great tools to care for each other. Wouldn’t you agree?

July 16, 2010
The Response I Wish More Christians Would Give
Next Post

July 16, 2010 Audio Interview with Phil Plait
Browse Our Archives
What Are Your Thoughts?leave a comment