Write a Review of The Bible (As If It Just Came Out Today) June 25, 2010 Guest Contributor

Here’s an interesting thread in the Friendly Atheist Forums:

Write a book review of the Bible as if it’s never been published before.

We’re told nothing about the authors. Internal evidence — chiefly the pictures of young men with wavy shoulder-length hair and beards — suggests that it may be comprised of the scribbling recovered from a hippy commune of the 1960’s. No tie-dyed shirts and jeans; they’re all dressed in long robes, possibly indicating a New Age cult.

The first section opens with a story about a man and a woman living naked in a beautiful garden where all the food they want is theirs for the picking. However, they soon get evicted by an unreasonable landlord. The hippy aversion to manual labor is reflected in their complaints about having to work for a living henceforth. Perhaps this parable comes from a confused recollection of Rousseau’s state of nature that was covered in an undergraduate history of ideas course.

Further in, we happen upon a delightful story in a well-crafted narrative. It is sort of a male counterpart to the Cinderella fairy tale. A hapless teenager is beaten up by his step-brothers and sold as a slave, but against all odds he comes out on top. My only complaint would be that the story line appears to have been lifted from the popular musical Joseph and His Amazing Technicolor Dream Coat. However, these hippies were probably too far gone on magic mushrooms to realize that they were plagiarizing.

Can you top that?

Leave your own reviews in the comments!

I’ll pick a winner in a couple days, and he/she will receive a free copy of the book Original Sinners: A New Interpretation of Genesis by John Coats! 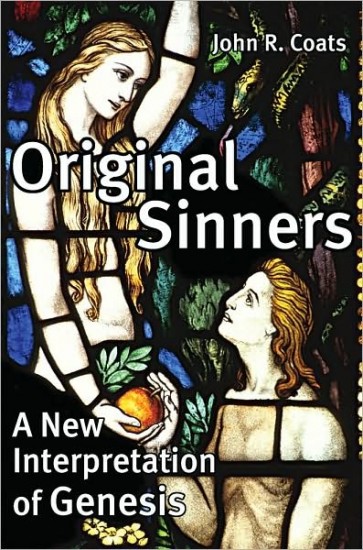