What I Teach My Students June 25, 2010 Guest Contributor

What I Teach My Students

The Illinois Family Institute’s Laurie Higgins has it out for me again and I responded.

Now, Americans for “Truth” About Homosexuality is piggybacking on her cause.

Of course, Higgins is correct about Hemant Mehta, a supposedly “Friendly Atheist” blogger and high school math teacher who not only can’t seem to understand the difference between “hate and bigotry” and disagreeing with homosexuality, but whose lack of judgment (i.e., using the F-word on a blog surely read by many of his students) makes him a poor role model for youth. But the biggest problem for Neuqua Valley students and their parents is Mehta’s vocal atheist activism. Something tells me that numbers and equations aren’t all that Mehta is talking about in his classroom. — Peter LaBarbera, www.aftah.org

(If you use one interpretation, he makes it sound like I’m a “supposed” math teacher… I’m amused.)

These people don’t simply “disagree” with homosexuality — they want to make it impossible for students to be comfortable embracing their sexuality. That’s why we have to continue to call them out when they lie about our LGBT friends.

Something tells me that numbers and equations aren’t all that Mehta is talking about in his classroom.

Oh man… they’re totally onto me!

It’s true, I use the classroom as my bully pulpit to influence kids about all things irreligious and sexual.

If you draw one period of a basic cosine graph, it looks like cleavage

When someone says he can “prove” something, you should look for the flaw in his work 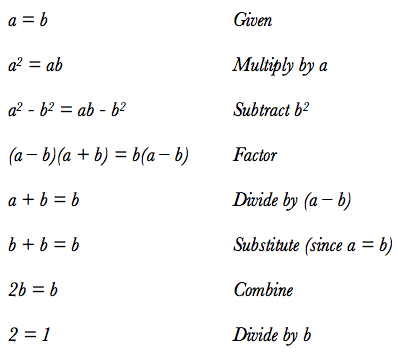 If you want to remember which trig functions are positive in a particular quadrant, remember the acronym: All Strippers Take Cash

If you want to balance a baby, you must find its center of gravity

The truth about Venn Diagrams

Oh, and I spent a whole unit talking about “Logs”…

AFTAH must warn the parents!

June 25, 2010 Fuji Minx Video Gets Banned from YouTube
Browse Our Archives
What Are Your Thoughts?leave a comment