The problem is that Buddhism is still rife with superstition: 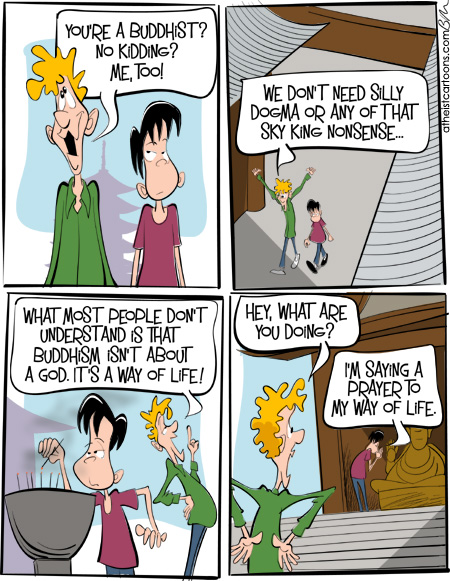 Just as with Jainism, we’re talking about a religion/philosophy that buys into karma and reincarnation. Neither one is violent, to be sure, but they’re still making up stories for what they don’t know and pretending that they’re true.

June 10, 2010 More Teachers in Trouble
Browse Our Archives
What Are Your Thoughts?leave a comment