C.L. Hanson is an ex-Mormon and the author of the excellent blog Letters From a Broad….

Her new book about growing up Mormon, ExMormon, is finally available on Amazon:

If you’re raised Mormon, you have a plan all laid out for you: baptism at age eight, meetings every week, scouting and the priesthood (if you’re a boy), perhaps a mission and/or BYU, then temple marriage, kids of your own, and finally exaltation. But not everybody sticks to the script. Exmormon is a series of eight-and-a-half novellas about the kids of three Mormon families as they try to follow the straight-and-narrow path but occasionally strike out on their own. Their stories neither praise Mormonism nor condemn it. Growing up Mormon may or may not be a tragedy; losing your childhood belief may or may not be a failure — but either way, it’s an adventure.

… I’m planning to donate the proceeds to Solar Aid and/or to the local conservation partnership with the Masoala National Park in Madagascar.

They’re a couple great causes and it’s a fantastic story. Congratulations to her for getting the book out there: 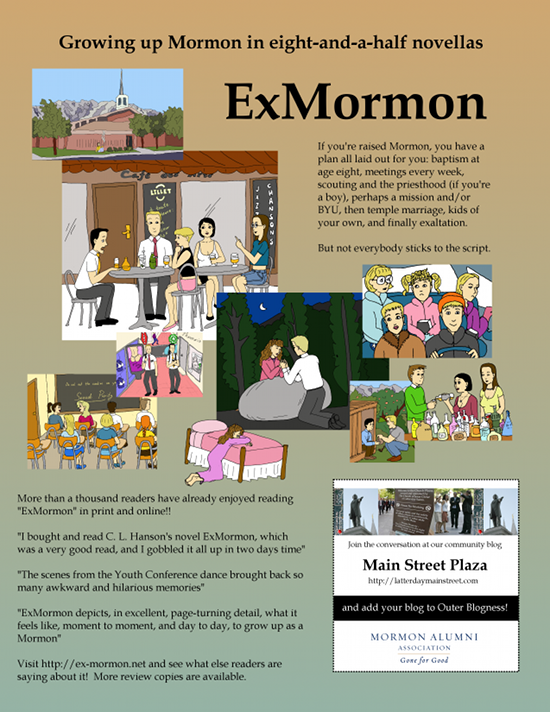 If you’ve ever been through a similar de-conversion, you’ll enjoy this book.

May 24, 2010
Ask Richard: My Atheist Husband Has Secretly Become a Christian
Next Post

May 24, 2010 RichardDawkins.com Will Soon Be Under Dawkins' Control
Browse Our Archives
What Are Your Thoughts?leave a comment