My Night at Moody Church

Saturday night, I visited the Moody Church (a typically conservative place) in downtown Chicago to participate in a dialogue with members of a youth group there known as The Venue.

This is the third in a series of events where they invite people to speak to them about communities that Christians don’t have a great relationship with. For example, a couple weeks ago, they brought in a gay-friendly Christian who talked about what Christians could do to communicate better with the GLBT community.

This weekend, it was me and a Christian apologist (Ronald Danatus, on the right in the pic below) answering questions about our beliefs and where we’re coming from, with the help of a moderator. 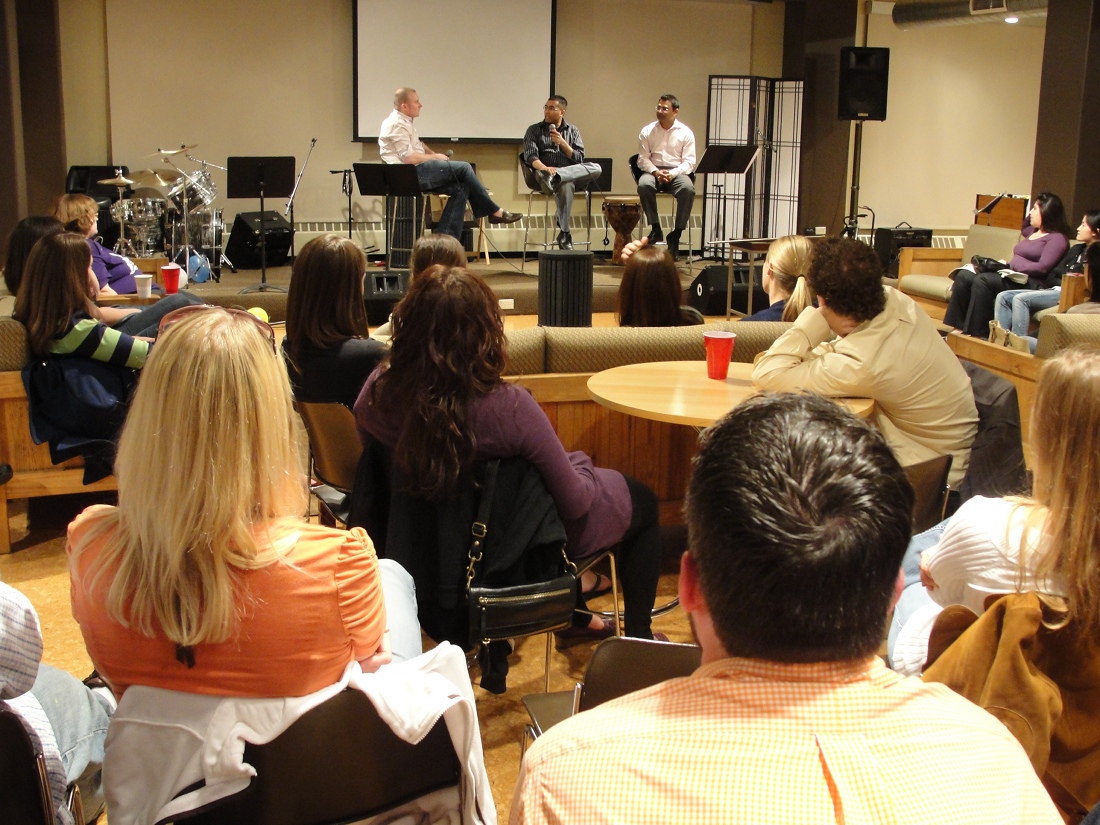 This was one of the better events of this nature I’ve ever participated in.

Here’s what I think made the evening work:

Jeremy Witteveen was one of the atheists in attendance and you can read his thoughts about the event here. He answered questions (remarkably well, I might add) for Christians after the event, too.

While he has some criticism for the Christian panelist, he agrees that the event was a good one that should be replicated:

It was definitely a positive event. And if you’re a Christian reader of this blog, and you are involved in a church group… I think it would be an important and reasonable idea to encourage your church group to invite an atheist to speak to your group. Follow the lead of Moody Church. They seem to be doing something right.

***Update***: The Church also wrote about the event here.

April 18, 2010
Student Responds to Mike Huckabee's Comments About Him
Next Post