If You Don’t Agree with That, Are You Still Religious? April 6, 2010 Guest Contributor

If You Don’t Agree with That, Are You Still Religious?

It’s a good question: how much of your religion’s actions do you have to disavow before you feel comfortable just walking away from the whole damn thing altogether? 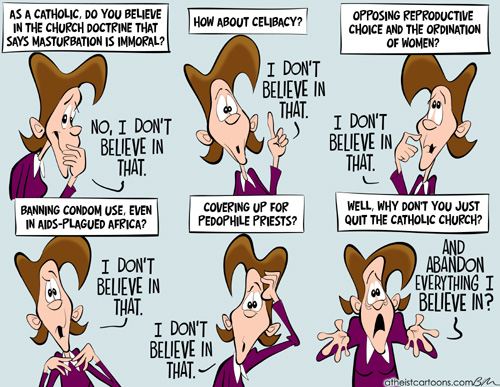 What aspects of your faith did you eschew before you finally stepped away from it for good?