Fred Phelps‘ Westboro Baptist Church was set to descend upon Dutchtown High School in Louisiana Thursday night because they were staging a production of “The Laramie Project.”

Instead, 500 counter-protesters made a stand and Westboro was nowhere to be found 🙂

My friend Doug Stewart was there and took some great pics (click to expand). He also brought along a few amusing signs of his own. 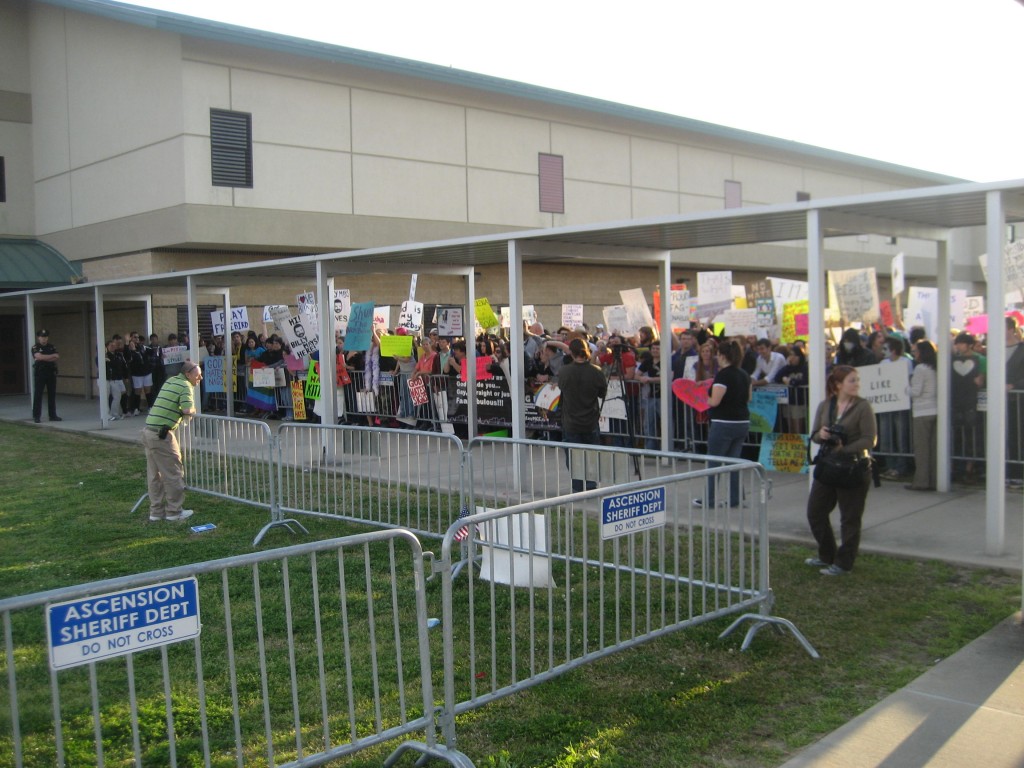 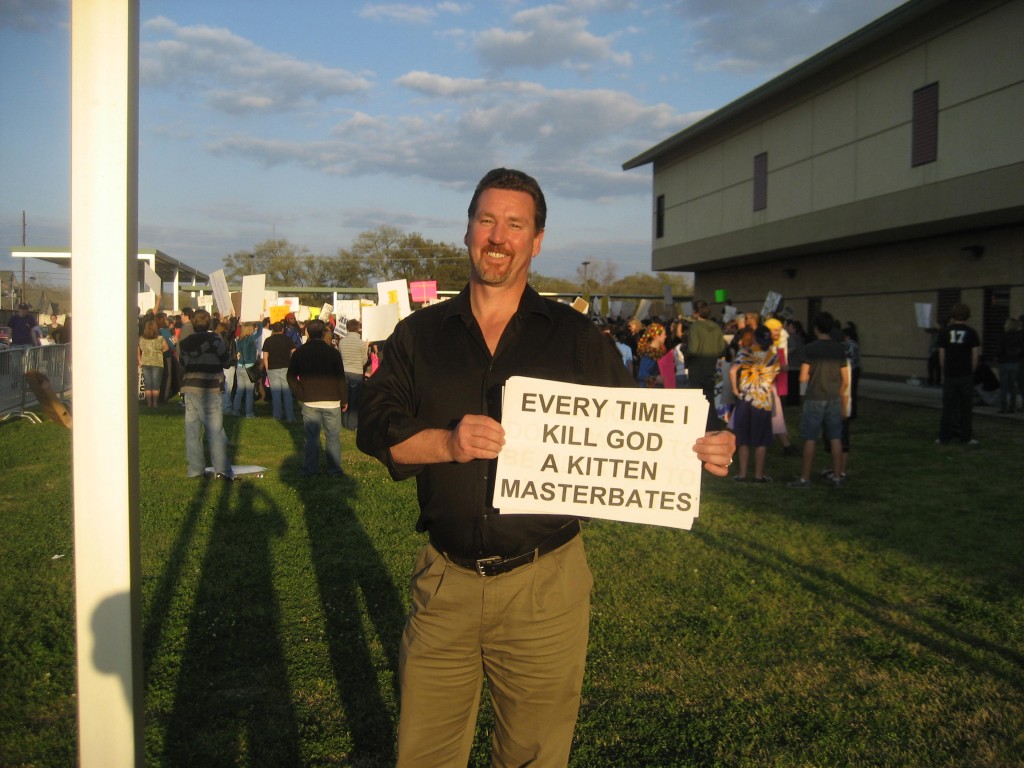 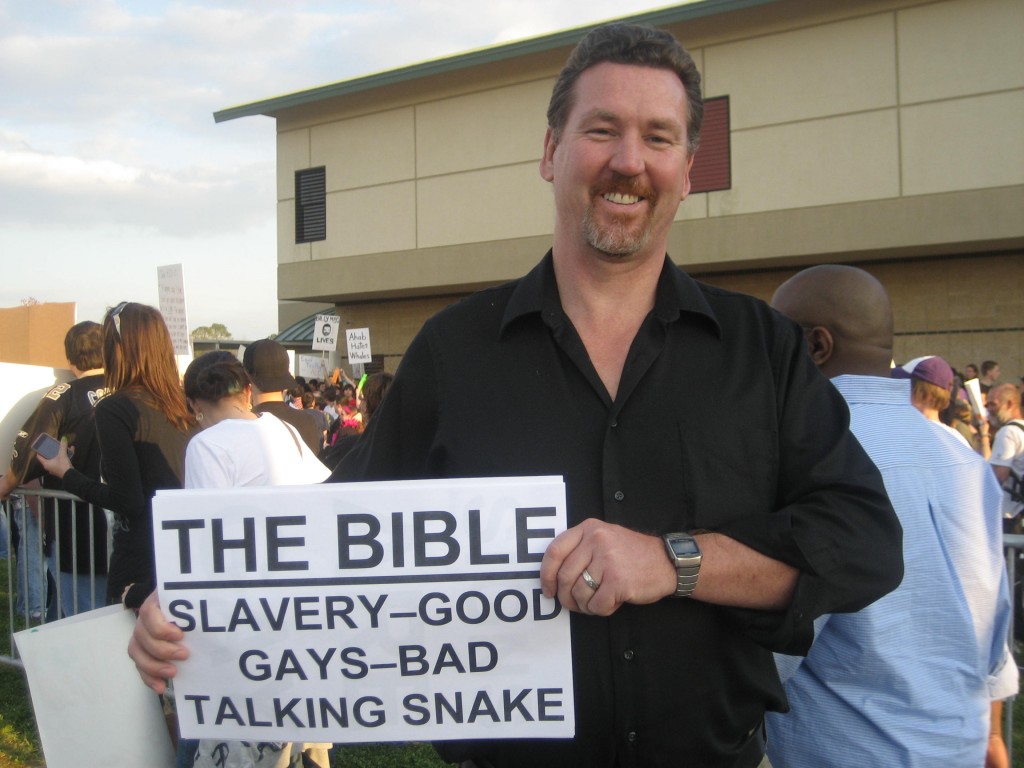 What was most amazing wasn’t merely the number of (mostly student) anti-protesters, but the sense of enjoyment, fun and frivolity that their signs portrayed. I applaud the brilliance of counteracting the hateful and nonsensical signs of “Fags Die, God Laughs,” “God Hates America,” “9-11 Gift from God,” “God Blew Up the Shuttle,” and “Pray for More Dead Soldiers,” with equally nonsensical but hilarious signs such as, “God Hates Signs,” “God Hates Homework,” “God is Lady Gaga,” “God Hates Fat Free Mayonnaise,” and “I was Promised Donuts.”

Doug also adds one important comment about the Christians in the group:

… Many of the anti-protesters didn’t get the point. Signs such as “God Bless Our Soldiers”… and “Love God, Love Your Neighbor” legitimize the Westboro message as there’s just as much evidence for “God is Love” as there is for “God Hates Fags.”

It’s one thing to combat Westboro craziness with tongue-in-cheek silliness to lessen their threat and credibility. But do you think Doug has a point that the anti-Westboro Christians give cover to the Westboro people by appealing to the same god?

March 20, 2010 Inspiration Comes from Only One Source?
Browse Our Archives
What Are Your Thoughts?leave a comment