What Secular Issues Would You Want to Discuss with the White House? March 3, 2010 Guest Contributor

What Secular Issues Would You Want to Discuss with the White House?

When representatives of the Secular Coalition for America met with White House officials last week, we had three items on our agenda:

Are those the issues you feel were most important?

The SCA wants to know and they have a poll on their site about it: 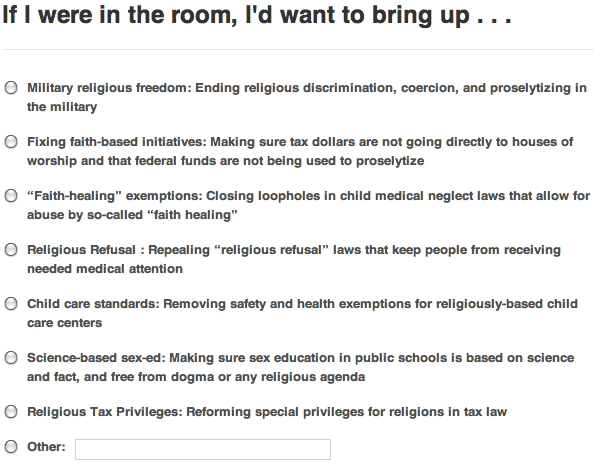 March 3, 2010 Combining Chatroulette with Science
Browse Our Archives
What Are Your Thoughts?leave a comment