NO GODS License Plate in Indiana

Last year, Jason from Indiana had some problems when he requested a “NO GODS” license plate. The Bureau of Motor Vehicles initially said (in so many words) it was “offensive” but they finally relented after receiving pressure from the ACLU and media.

Jason finally has his plates and they look great! 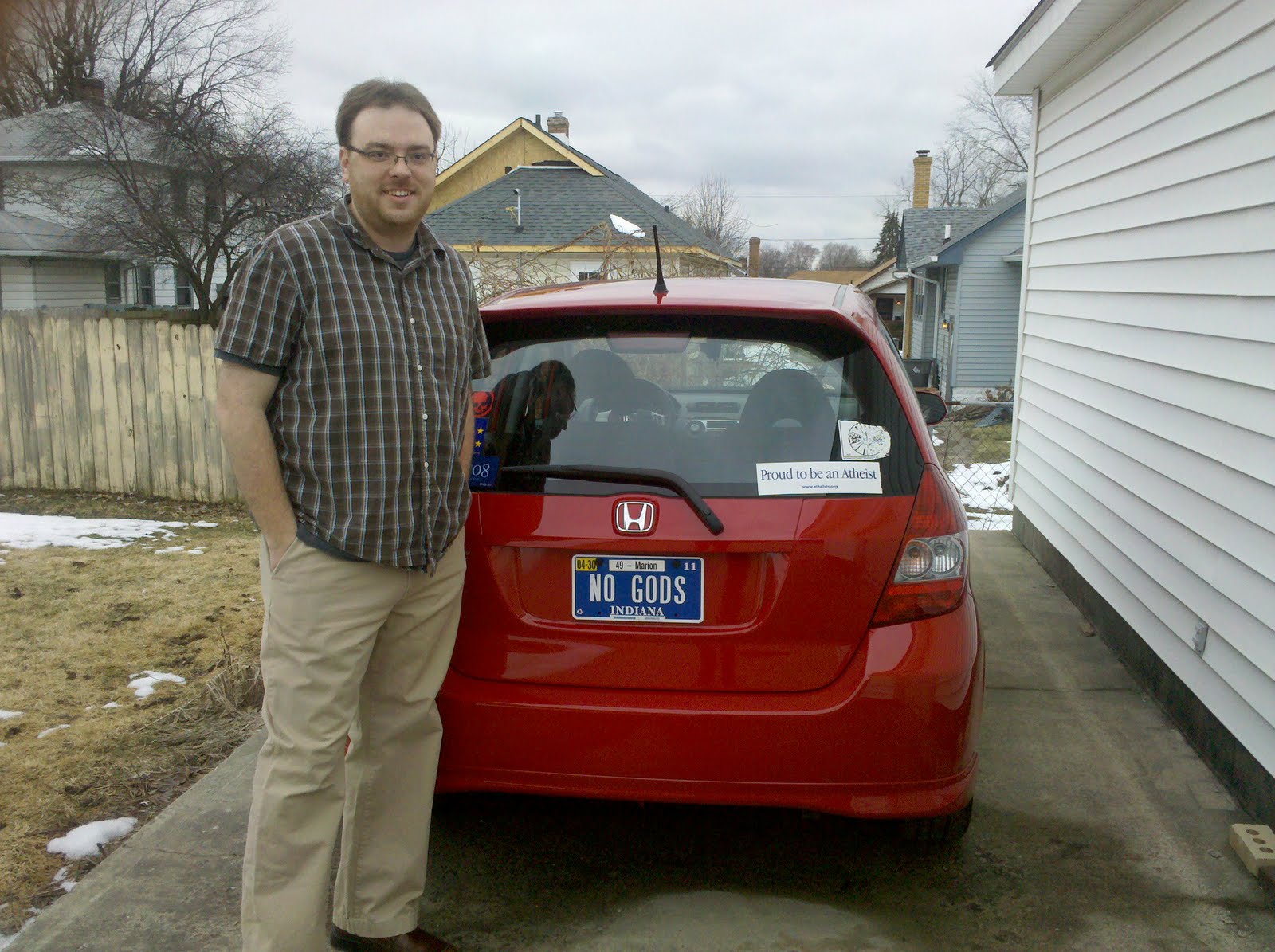 Good for him for standing up for his rights. If Christians can get religious license plates and frames, then we should be allowed the same.

March 1, 2010
Atheist Hits the Streets of New Orleans During Mardi Gras
Next Post