Atheist Hits the Streets of New Orleans During Mardi Gras

Last year, atheist Doug Stewart hit the streets of New Orleans to “preach” atheism. He presented an alternative to all the fundamentalist Christian preachers who try to do the same thing (but are completely serious about it).

He did it with an amusing sign (courtesy of commenter Siamang, who suggested it): 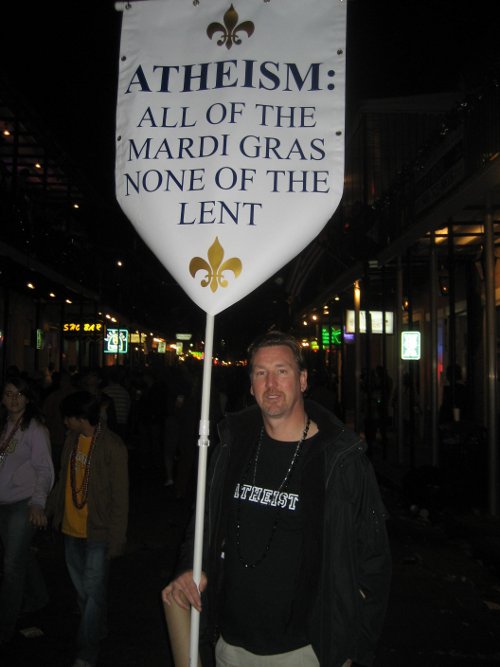 That was last year.

This year, he was back in action.

For the conversations I had with the general public I went out of my way to not be pushy with atheism. I never stopped anyone and I would definitely never use a megaphone. There were a significant number of people that approached me and mentioned they were religious but didn’t appreciate the way the Christian fundamentalist were trying to shove religion down their throat. If the conversation seemed appropriate, I took the opportunity to inquire about their religious beliefs and ask, as politely and unassertively as I could, why they believed what they believed. 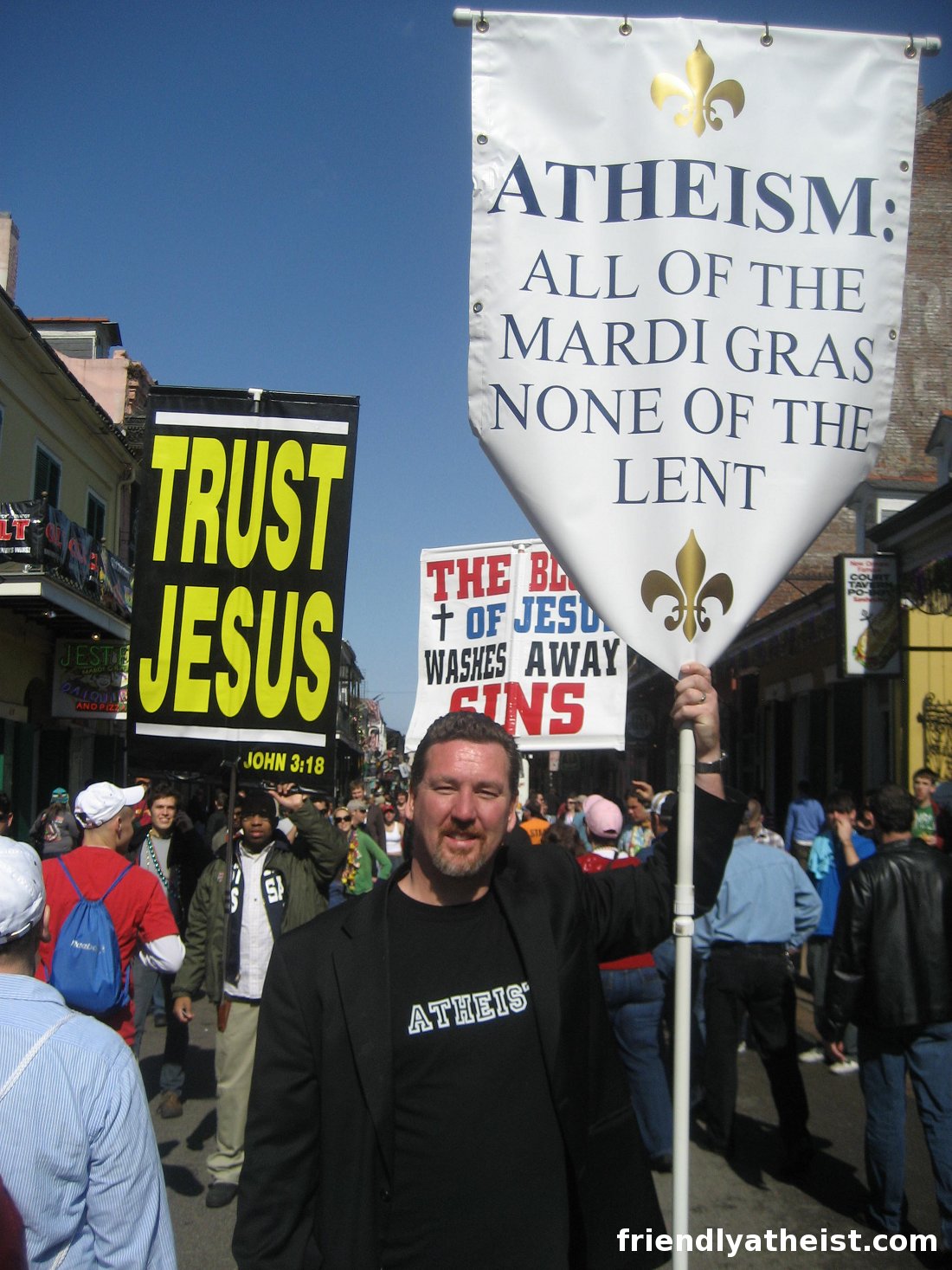 He also had a little bit of help from complete strangers who wanted to join in on the fun: 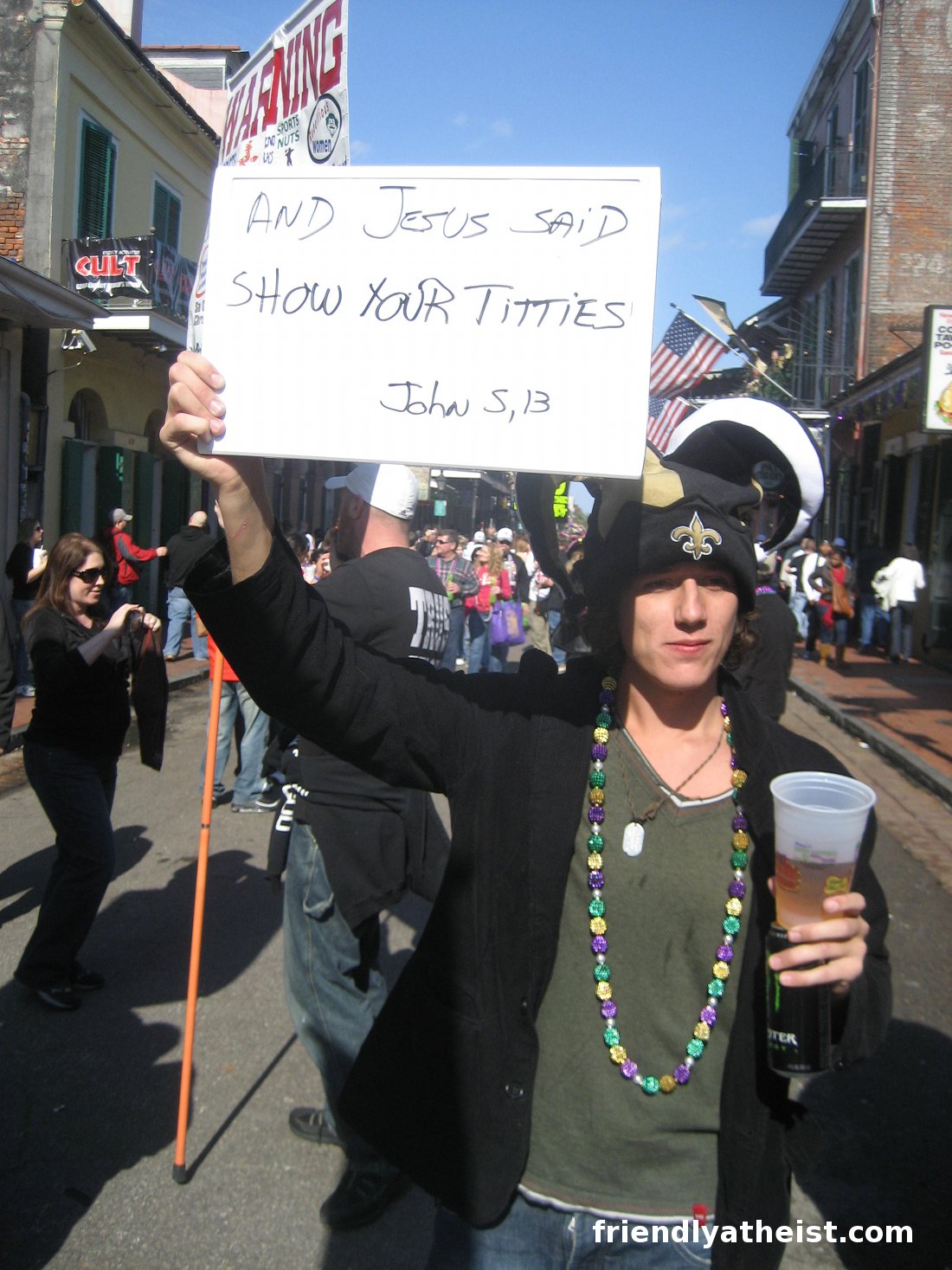 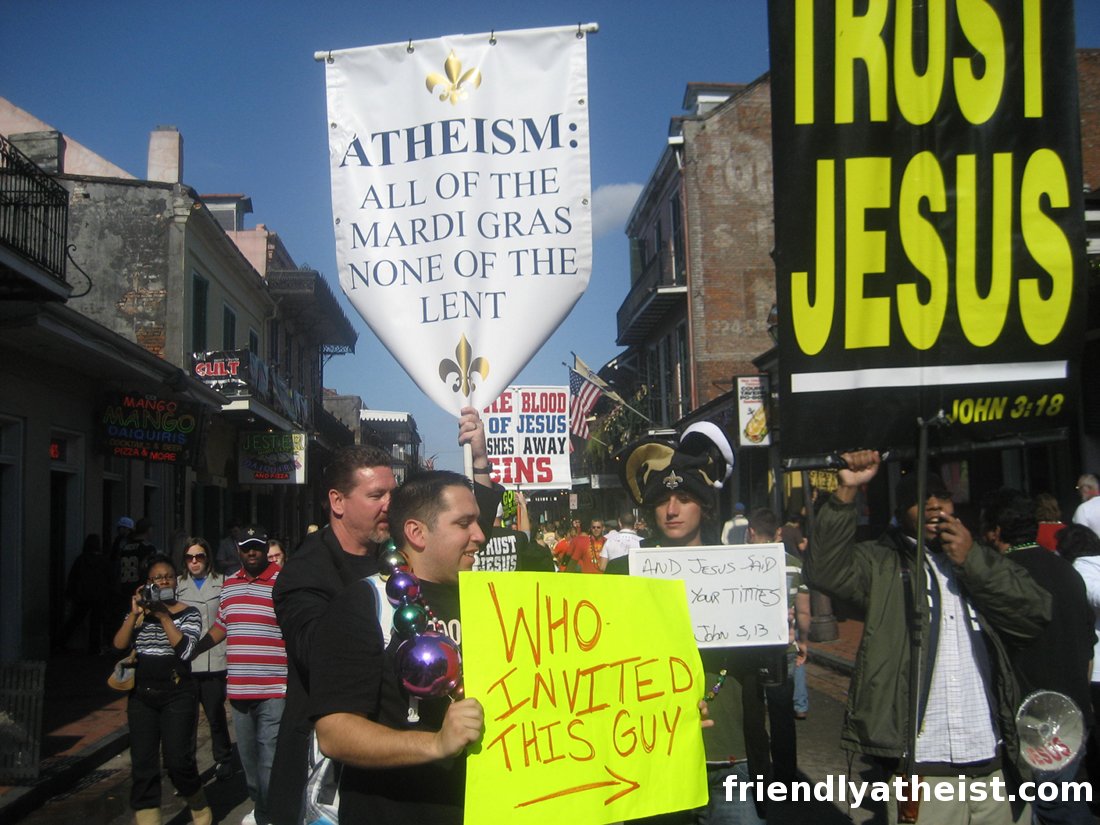 I think I need to stand on the streets of Chicago and try this out. It’s clearly the best way to meet women: 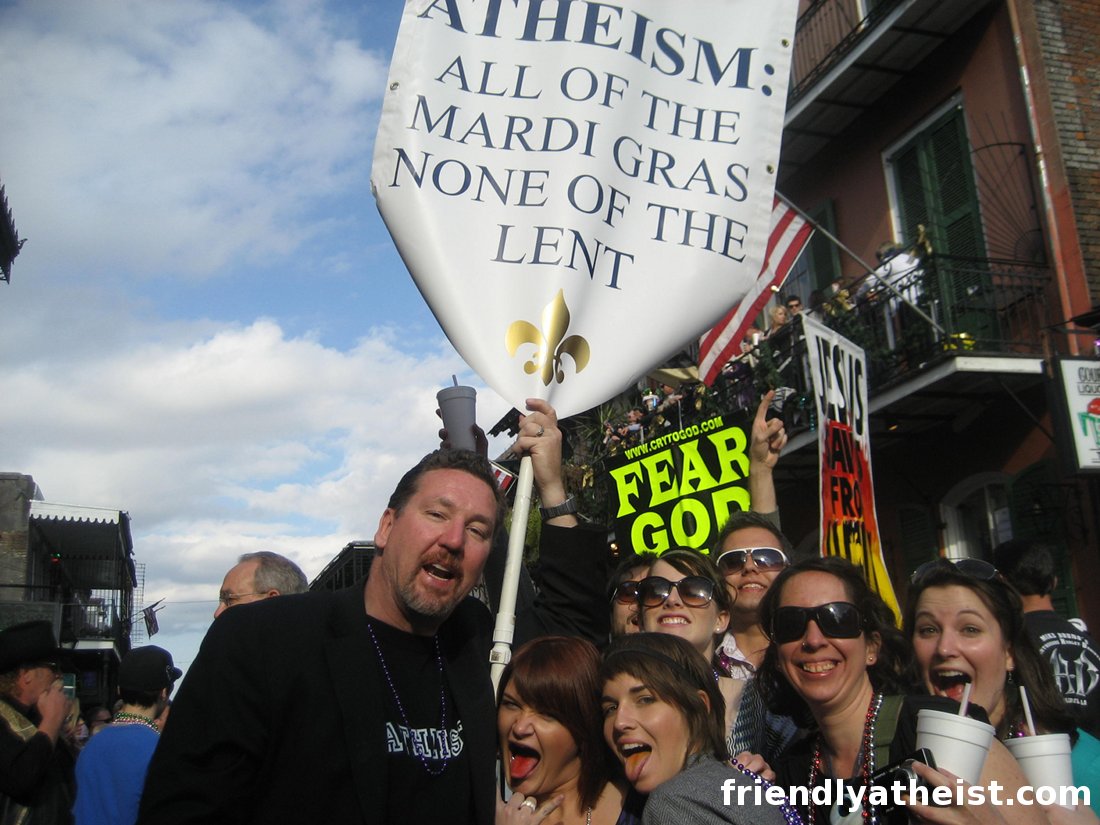 Doug could use some help with one thing:

I only have a message on one side of my sign and would like ideas for the other side. It would be great if it had something to do with Mardi Gras, New Orleans, Louisiana, Hurricane Katrina, whatever. But above all it has to be pro atheism instead of anti-religion.

If you suggest something Doug uses, your prize will be to see it on the other side of his sign next year!

February 28, 2010
How to Make a Creation Museum Even Worse
Next Post