Helen Kagin, the co-founder of Camp Quest (along with her husband Edwin), died yesterday from complications following cancer surgery at the age of 76. 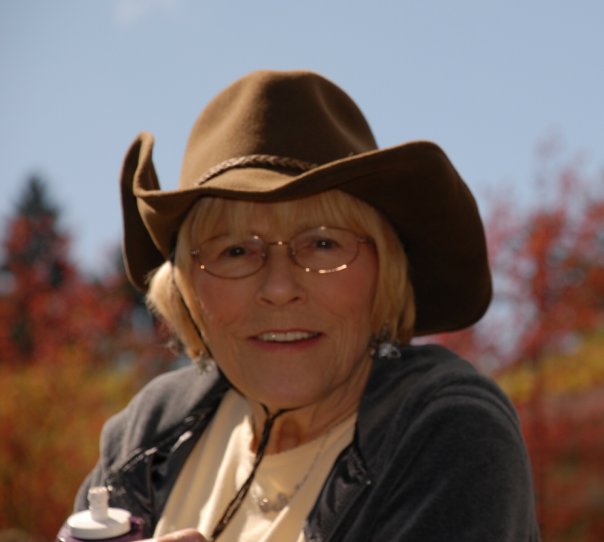 She had been unconscious for days and her family decided to take her off life support, as she had requested in her Living Will.

She was one of the sweetest women I’ve ever met. Her eyes would light up every time we saw each other and she was often seen at atheist conferences and events. It was so cute to see her and Edwin together, always acting like they were newlyweds.

Dave Silverman of American Atheists knew her well and wrote this:

She was great. She smiled infectiously, loved children (who loved her back), and gave of herself selflessly, but that’s just the beginning.

Helen was one of the founders of Camp Quest, which has already had a direct positive impact on hundreds of children, with nearly unlimited potential for growth. This self-sustaining, quick-growing organization does one thing very well — it makes atheist children happy. That’s one hell of a legacy, one hell of a footprint, one hell of a ripple.

Sharon Fratepietro also knew Helen through their shared activism and wrote this in an email:

I will always remember her as a really nice person, unguarded, friendly, and really interested in other people. It was such a predictable pleasure to greet her year after year at conferences. She never changed.

I had the pleasure and honor of knowing Helen for just shy of eleven years. The joy, intensity, and brilliance with which she lived her life are totally impossible to capture in words. At Camp Quest Ohio, most of the kids, and the younger counselors played this vigorous, no-holds-barred version of keep away in the pool with a ball. There was no leader, no ref, no written rules, no score keeping. It just came together organically summer after summer. With a small handful of exceptions, only the youngest staffers played with any regularity. Mostly only the campers had the energy to play. Well into her 70’s, Helen could be counted on to play every time the ball was in motion.

In addition to the pool game, the thing that may stay with me the most about Helen, is my memory of her leading us singing the Phil Ochs song “When I’m Gone”. Part of it goes…

Helen’s husband Edwin — I can’t imagine what he must be feeling right now — wrote a brief eulogy on his website (more is coming later):

I know for a certainty that if she had decision making capacity, Helen would not have wanted to live on a ventilator and dialysis. Surrounded by family members, the ventilator was withdrawn and the life force that had been Helen departed within minutes. And she was dead.

Helen’s body is now an empty shell, and it will be treated as such. The body will be picked up tomorrow by a funeral home and immediately cremated. The ashes will be given to her daughter Caroline, who has proved her very substantial character during these past few weeks. A celebration of Helen’s remarkable life will be announced later.

And what a life it was! I am honored to have shared it with her for twenty-five years. She will be missed beyond my ability to say. She was the finest human being I have ever known.

If you would honor her accomplishments and memory, do not send flowers; do not send money to some charity.

If you can give a gift in Helen’s honor, here are links to the donation pages for the various Camp Quests: