New Orleans is on a roll this week! It’s not just a place for Mardi Gras and the Saints; it’s a place where secular values are being honored by the local government.

In 2005, Mayor Ray Nagin proclaimed May 5th of that year the National Day of Reason.

In 2009, the City Council issued a proclamation stating that May 7th of that year would be a Citywide Day of Reason.

This week, the City Council is back at it. 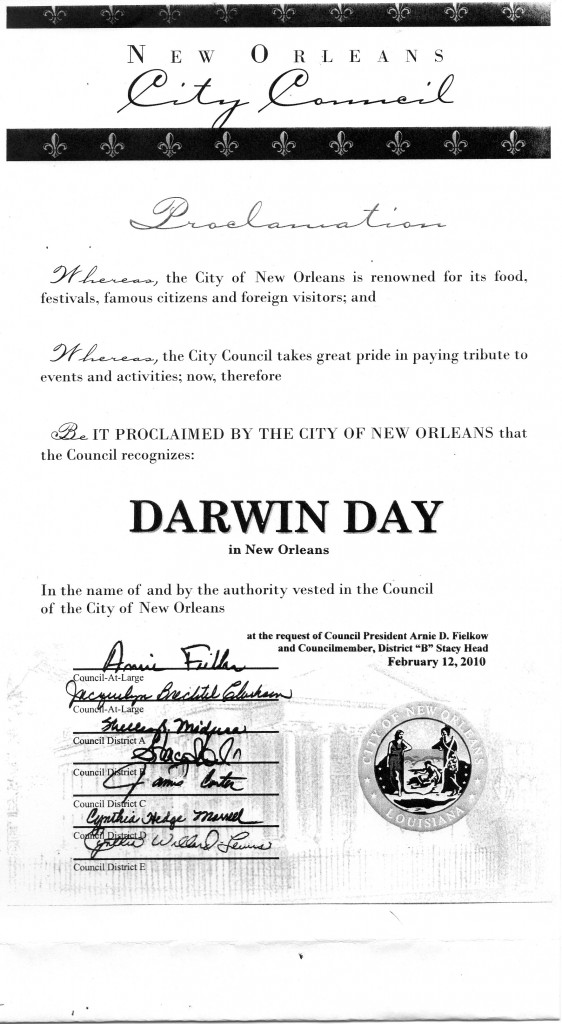 I suggest celebrating by doing whatever it is they do on Bourbon Street. (Which, I assume, is playing Scrabble and hopscotch.)