How to Respond to the Westboro Baptist Church Protest of Twitter February 5, 2010 Guest Contributor

How to Respond to the Westboro Baptist Church Protest of Twitter

Fred Phelps and his crew descended upon Twitter’s offices in San Francisco the other day.

Protesters were ready. And hilarious. 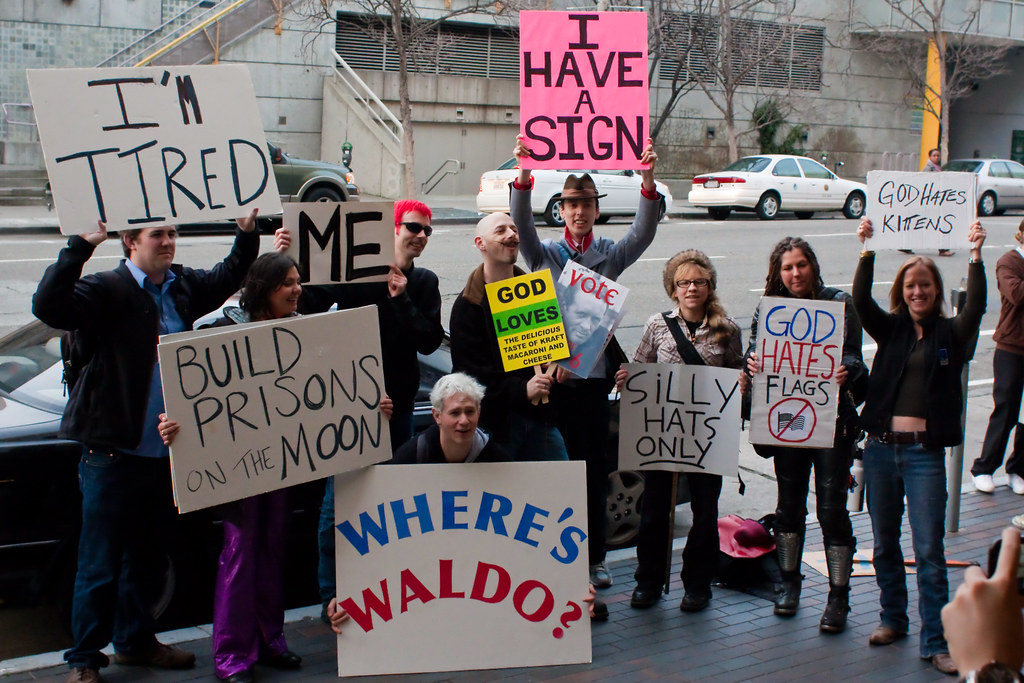 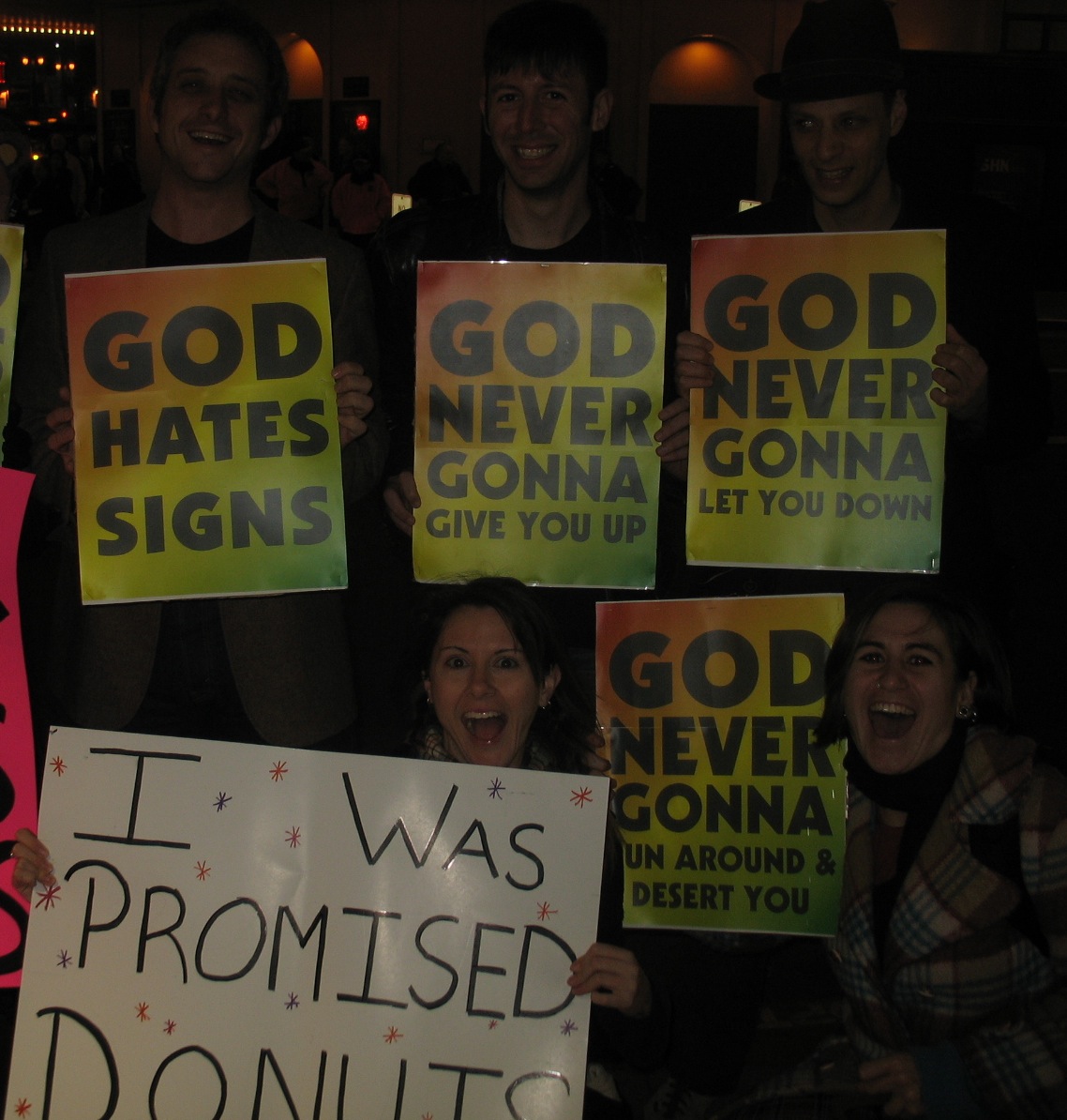 I love seeing absurd beliefs fought like this. So much better than a shouting match.

And there are plenty more examples of fighting crazy with humor when it comes to the Westboro Baptist Church.

It’s not the sort of thing you could really pull off at a funeral, but I have to believe people treating them as a joke just makes them angrier. So let’s keep making that happen whenever we can.

(via The Atheist Experience)

February 6, 2010 Illinois Legislators Give Million$ to Sponsor Their Own Faith-Based Wishes
"I’m not buying that Harvard and Yale educated people like Ted Cruz really believe half ..."
Rational Human GOP Lawmaker Rattles Off the “Armor ..."
"Go there only if you have to, wear proper protective gear."
muttpupdad COVID-Denying Pastor Arrested and Charged for ..."
"The people who have been conned have significant political power. It makes hit hard impossible ..."
James "The Paſtafarian" Parſon COVID-Denying Pastor Arrested and Charged for ..."
"Or think that the government is attributing to Covid everything people die from normally."
muttpupdad COVID-Denying Pastor Arrested and Charged for ..."
Browse Our Archives
What Are Your Thoughts?leave a comment