Wyoming School Board Says “No” to “No Place for Hate” Posters January 31, 2010 Guest Contributor

Wyoming School Board Says “No” to “No Place for Hate” Posters 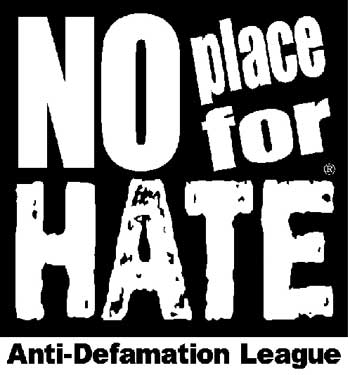 You see the problem with it?

Apparently, it teaches kids that gay marriage is great and the “traditional” family structure needs to be broken down (?!?!)

And if you don’t see that, then you might be wondering (as I do) why those signs were taken down from schools in Platte County School District 1 in Wheatland, Wyoming:

One of the sponsors listed on the banner is the Gay and Lesbian Fund for Colorado. Wheatland board members and parents took issue with that, according to the district.

“The board thought it was inappropriate to have that sponsorship hanging up in the school,” said Stuart Nelson, the district’s superintendent.

The banners, which had been allowed by district administrators, were removed after complaints. Some students asked to have them put back up, but the board refused.

Board member Lee Dunham said Wheatland is an “ultraconservative community” and that he has feelings about including the fund on the banner. He said the district isn’t ready to include that group.

“If this is the way one chooses, then they can lead this particular lifestyle, but I don’t believe it needs to be publicly displayed in a school,” Dunham said.

You know what? If a Christian group wants to sponsor a poster that says “No Place For Hate,” I’d be fine with it. In fact, I’d be thrilled to see it. Have all religious and secular groups join in on that.

The sad thing is that the Christians are making the argument that they should be allowed to pick on gay people and how *dare* anyone try to discourage them from doing it.

Joe Fabian, another board member, said he believes the Anti-Defamation League is pushing an “agenda that is pro-gay marriage” and that the community of Wheatland is not supportive of that.

“They wouldn’t want the organization, the Anti-Defamation League, dictating to their children that an alternate lifestyle is a normal lifestyle,” he said.

Fabian blamed school administrators for allowing the banners without board approval. He implied students who were not supportive of the banner suffered discrimination.

He spoke of a “moral attitude by the community” and indoctrination of students.

“I don’t believe (homosexuality) is a normal lifestyle, but I don’t have anything against them,” he said.

Right… and I don’t believe Christians can think for themselves, and I think they just follow any loud man who carries a Bible, and I think they are blissfully proud of their ignorance about scientific reality… but I don’t have anything against them, either.

What would be inspiring here is for students in that district to speak up against the school board. Make Facebook pages denouncing their decision. Write letters-to-the-editor. Tell local news stations how you feel. Print out the ADL posters and put them on your locker in protest. Give the school the bad press it deserves. Make the school board members have to defend their idiotic actions. Then encourage voters to get rid of them in the next election.

What would be even more inspiring is if Christian students who understand what I’m so upset about would join in and call out the school board members for being embarrassments to their faith.

This is why many Christians lose my respect so quickly. They talk about how their faith makes them better people.

God makes them so “good,” in fact, they’re willing to let GLBT students continue to be bullied for who they are and do absolutely nothing to stop it. That’s Christianity for you.

(Thanks to Joshua for the link!)

January 31, 2010 Baptists Kidnap 33 Haitian Children in the Name of God
Browse Our Archives
What Are Your Thoughts?leave a comment