Ben Zalisko is starting a Secular Student Alliance group at the University of Chicago. He put up flyers for a meeting in his dorm, the “International House, where students from several different countries and cultures live together under one roof. You would think diversity would be more respected there.

That doesn’t seem to be the case.

Here’s what happened to one of the posters: 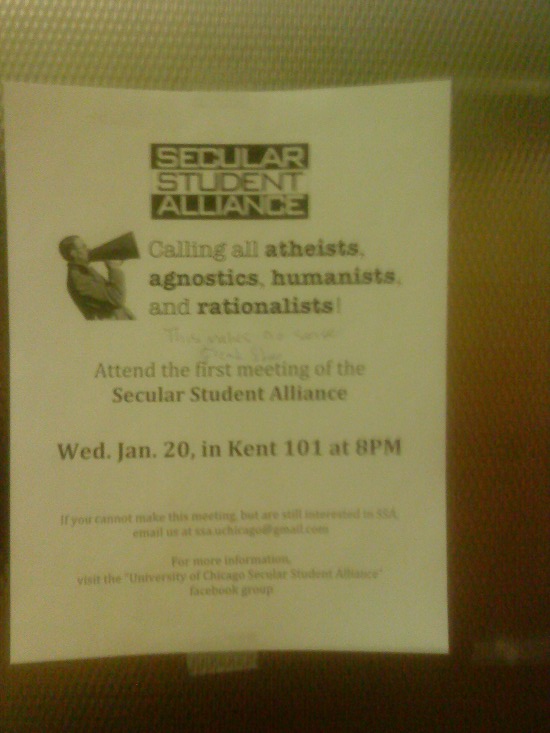 In case you can’t see the writing, it says, “This makes no sense” and “Freak show.” 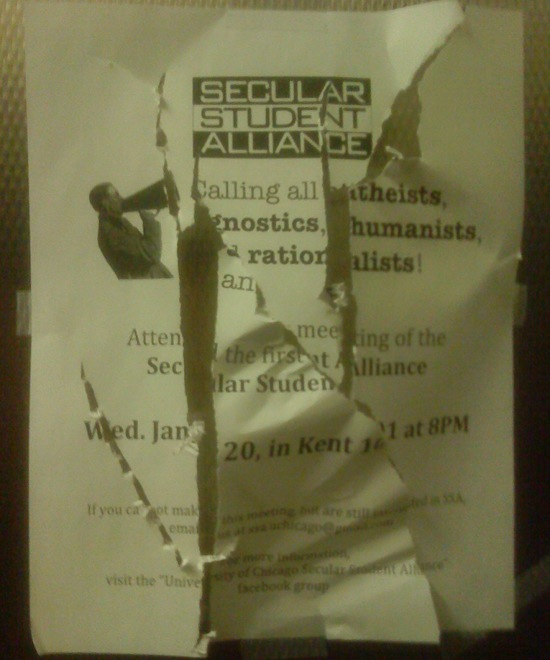 That looks like a bear mauled it… it turns out it was shredded by a key.

I’m used to graffiti, but this case shook me up. Further replacements were removed, and one had a cross [drawn] on it

He’s talking to school officials about what to do about this (is this sort of thing considered a hate crime?)… in the meantime, I’m curious about what the best plan of action is for Ben.

Is there a way to do something constructive with all this?

January 22, 2010 Scarlet A Scarf
Browse Our Archives
What Are Your Thoughts?leave a comment