The Problem with “Christmas”

I’ll admit that I felt a sense of deep sadness and disappointment when I read Garrison Keillor‘s intolerant screed in the Chicago Tribune. I’m hoping that it’s satire given how abundantly stupid and offensive it is, but for the moment I’m afraid that it’s genuine.

Unitarians listen to the Inner Voice and so they have no creed that they all stand up and recite in unison, and that’s their perfect right, but it is wrong, wrong, wrong to rewrite “Silent Night.” If you don’t believe Jesus was God, OK, go write your own damn “Silent Night” and leave ours alone. This is spiritual piracy and cultural elitism and we Christians have stood for it long enough. And all those lousy holiday songs by Jewish guys that trash up the malls every year, Rudolph and the chestnuts and the rest of that dreck. Did one of our guys write “Grab your loafers, come along if you wanna, and we’ll blow that shofar for Rosh Hashanah”? No, we didn’t.

Christmas is a Christian holiday — if you’re not in the club, then buzz off. Celebrate Yule instead or dance around in druid robes for the solstice. Go light a big log, go wassailing and falalaing until you fall down, eat figgy pudding until you puke, but don’t mess with the Messiah. 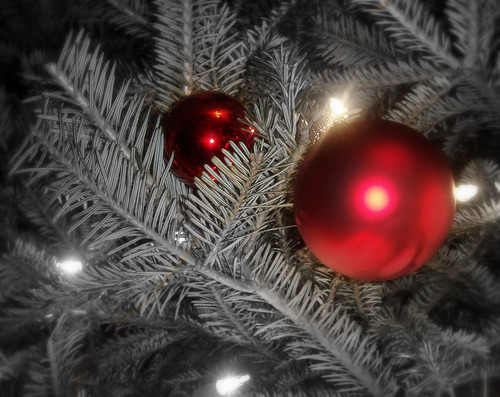 A quick sidenote: I looked for this article and found two different versions: the first, published on December 16th, which was slightly less offensive, and the second (quoted above) which seems to have been altered – to INCLUDE the references to Jews! Color me confused by that editing process – was he just trying to make the satire more obvious?  Please?

To get the obvious out of the way: Yes, Christians hijacked various pagan traditions; Yes, some “carols” are stolen from secular songs; Yes, the notion of Christians being so culturally persecuted is absurd. I don’t need to go into this when others like Greta Christina have already done a bang-up job expressing the requisite outrage and amusement over that.

I wanted to address his point, satirically-intended or not. I celebrate a secular, federally-recognized holiday on December 25th involving an evergreen tree, Santa, the spirit of giving, and family. I call that holiday Christmas. This has caused quite a bit of confusion, and I can understand why.

Words gain meaning by a shared convention – a word is useful if it successfully communicates your intended message to others. It’s debatable whether the word ‘Christmas’ is successfully communicating my secular celebration of the spirit of giving. Some people understand the usage, but many others don’t.  I’m not surprised – the name has a single, very different, meaning to them: “Christ’s Mass.” That I must frequently stop and explain myself is a good indication that I’m using the wrong word in the first place.  Of course, it rather undermines Keillor’s argument that “Christmas is a Christian holiday” – he has no more authority to assert his usage as definitive than I do.

I think part of the problem is that this holiday hasn’t been intentionally and fully hijacked. By comparison, at least when Saturnalia was commandeered they had the common sense to use a different name for their suspiciously similar rituals. Christmas has simply drifted – evolved, if you will – into new territory. When that happens, there’s bound to be confusion! I don’t think we’ll ever remove the religious connotations from the word, which causes problems (like the federal observance). I suppose I could start saying I celebrate Yule or the Solstice, but while they lack the strong religious connotations, they also lack public recognition.

I don’t see an easy answer, but I don’t consider it a terribly pressing or urgent question. For the moment, I’ll happily take Keillor up on his offer: I’ll be spending December 24th through 25th with my family, lighting a big fire in the fireplace, eating good food, and giving presents. I call it Christmas, but that’s just a word.  I’m certainly not celebrating the same thing and the same way he is.

And sir: I don’t intend to “mess with” your so-called messiah during that time, as my celebration has nothing to do with him.