The Triangle Freethought Society put up a display in Moore Square in Raleigh, North Carolina earlier today to counterbalance a Christian nativity scene in the same area.

“While we support the freedom of religion and the right to free speech, we feel strongly that if the city of Raleigh is going to allow an overtly Christian display to be erected in our public square, other points of view should be represented as well,” noted Mark Zumbach, President of TFS. “Not doing so would have given the appearance that our city government is endorsing Christianity.”

Their display is a explanation of why we celebrate this time of year: 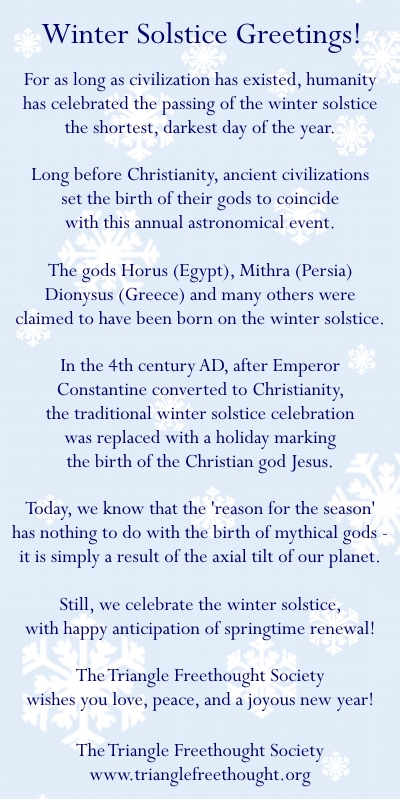 I think it’s positive without being disparaging — kudos to the TFS for the nice wording.

Even more positive is the fact that during the unveiling celebration earlier today, attendees were told to bring non-perishable canned goods or to make a financial donation for the Food Bank of Central Carolina.

(Thanks to Todd for the link!)